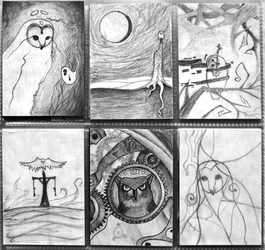 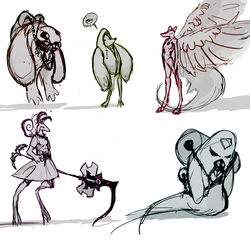 I decided to finally make a banner image. And then decided to use it as my avatar too.

I'd actually kind of like to try taking a commission or two eventually, if only I had the audience/interested creatures to. I don't know if I'd have better luck with that sort of thing if I tried FA...? They at least seem more populated. I do hesitate to do that because it seems like FA has gotten kind of a nasty, messy reputation lately, though.