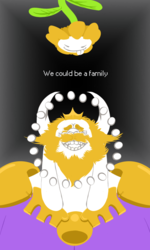 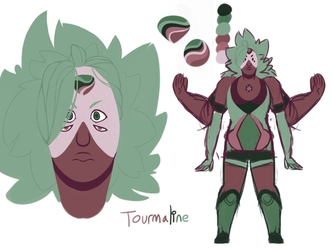 yo this is really spoilery so look at your own risk

i can imagine this happening when someone gets stuck on the true end final boss, opting instead to reset their game. the hero finally loses their seemingly-infinite well of determination, and succumbs to the rampant Asriel. after killing them, and gaining not only true form but the power of God, crowned with the souls of the old children, Asriel only then realizes his mistakes. the gravity of his sins.

the entirety of the underground is now filled with a hardy carpet of small, yellow flowers, testament to Asriel’s empty success, each flower with its own, familiar expression, whispering to him the tales of his conquest over so many timelines.

hollow echoes of the hero’s friends are all that are left of the underground’s people.

cradling the tattered soul of the one person that could stop him, Asriel grieves.