tiny "fuck u" by Gregarity 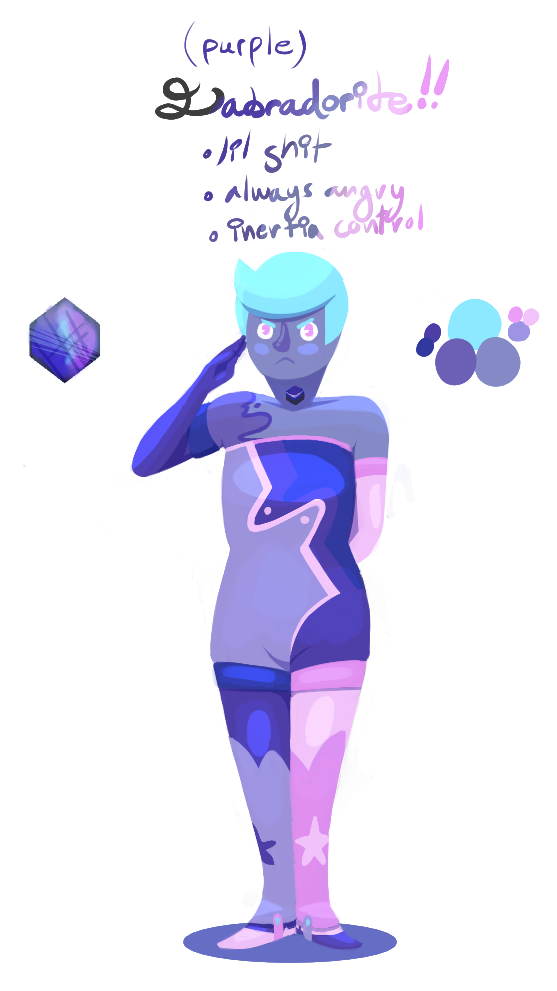 this is my gemsona Labradorite!! im so glad i finally jumped aboard this bandwagon

Labradorite was a high-ranking officer in Yellow Diamond during the Homeworld Rebellion, but was sent out on a suicide mission by YD in a tactical blunder that cost her more than just the ships she sent. Lab found out only just in time and was able to escape, but she was badly damaged and landed on Earth, where she got pissed as heck at YD and joined the Rebellion

Lab has control over inertia! Anything within three feet of her or that she touches (control limited to things lighter than a truck tho) she can cause to either spontaneously speed up or come to a dead stop, so anything she can throw can be a weapon (and totally not because i didnt wanna design one)! Unfortunately, like me, her aim is utter garbage, so unless she has sand at her disposal she just opts for close quarter combat, where she can use her power on her own limbs and body to ruin a foe's day