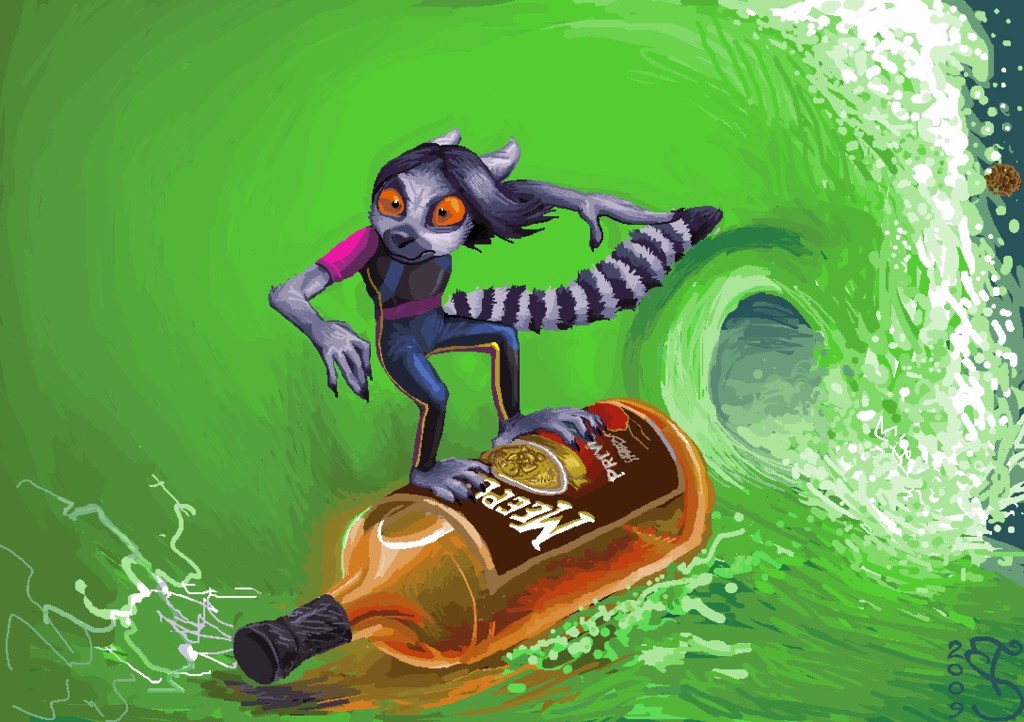 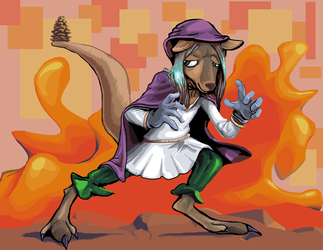 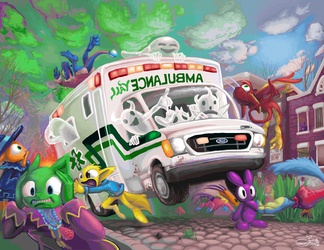 Drinky Lemur was a creature that manifested itself in the cartoon animal person realm for a period of about two years, maybe, during the previous decade, though I had been in some level of contact with the human edition since 2000 or so. In fact I was terribly skeptical of the whole furry business until he proved it was possible to be involved without sacrificing all dignity or tolerability. For about two years, anyhow, and then he went and did something else. Still, I like attention, so I still make dumb pictures like this.