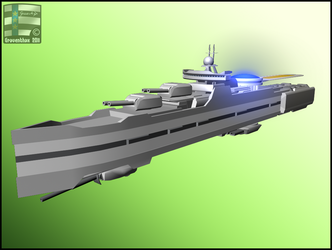 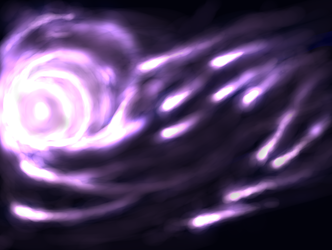 Animated demo of the ship. Actually the second animation I ever done in 3D.. Hmm..
A Renaissance class medium cruiser which is currently used in Theladian space military. The vessel was designed by crocodilian engineers who have bought old construction plans from independent human corporations. The renaissance cruiser was meant to be a trial of a completely different concept for the reptilian space navy, but its heavy armor and shields have proven that the ship is worth more than that. It has been put it in a role of a highly sustainable ""battle upholder"", covering more vulnerable units and supplying fighter and corvette class ships in the battle.