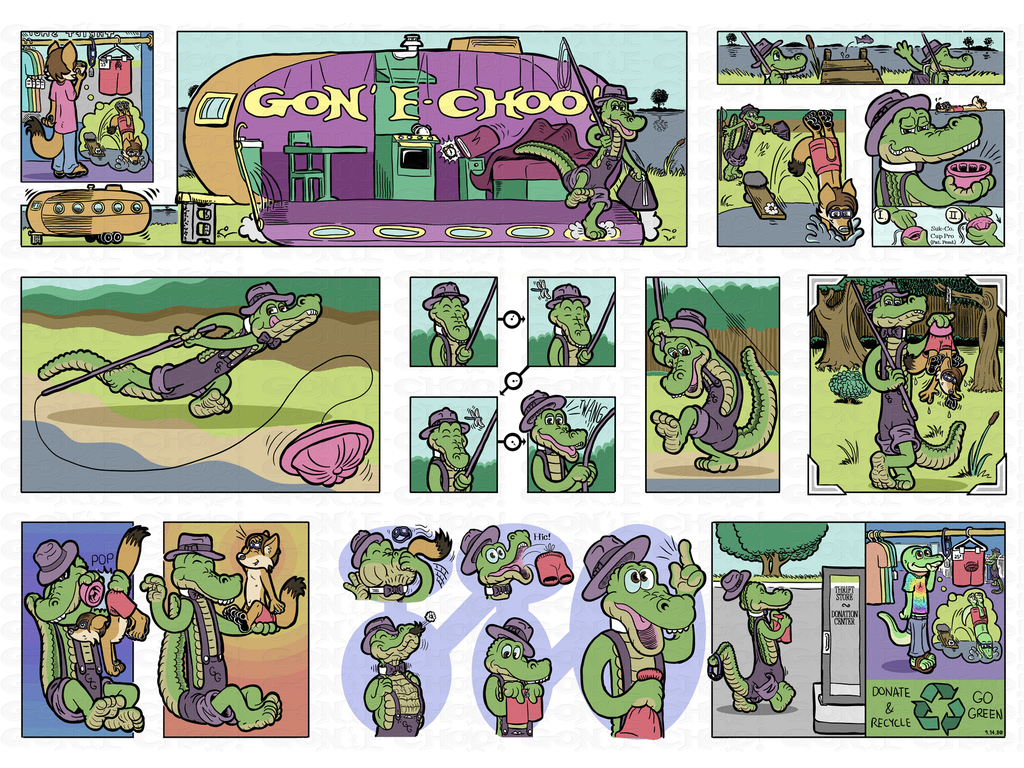 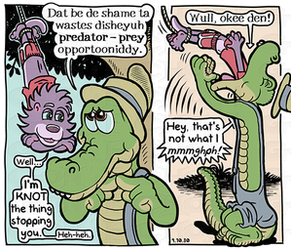 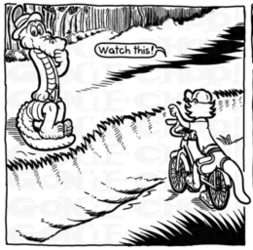 This thing consumed my entire backlog buffer. It may be the most elaborate Sunday to date since the “Checkers” one. This was actually based on a nearly complete penciled alpha-comic spread that never had a punch-line and was shelved. About half the art ended up being redrawn and extrapolated upon, but most of the opening panels are accurate to the original layouts.

The coyote depicted is based off the coder of the Gon’ E-Choo arcade game, whose birthday serendipitously ended the moment this was posted to Tumblr.

(An extra strip today because the uploader has been terrible lately. Again.)