Instructions are contained for using this modern-era archetype with d20 Modern or with Modern Adventures by Panik Productions. All Modern Archetypes assume that firearms fall under the Firearms Everywhere rule, making them martial weapons.

Very few people in developed countries bother riding horses anymore, but they have readily taken to hitting the road on their motorbikes.

The Ride (Ex): At 1st Level, Bikers replace Handle Animal with Craft (Mechanical)^/Repair* and Ride with Pilot (motorcycles)^/Drive*. Bikers obtain a single motorbike for free in d20 Modern. In Modern Adventures, the Biker must take a motorcycle chassis for his construct companion. For the purpose of feat prerequisites, Bikers treat motorcycles as a mount. The Biker does not take armour check penalties while mounted on his Ride. If the Ride is ever wrecked, it'll take until the next time the biker levels up before they can successfully restore or replace it. Whenever a Biker obtains two or more motorcycles, they can designate one as their Ride when they take another Biker level. This replaces Mount*/changes Vehicular Companion^ and changes the cavalier's class skills.

Easy Rider (Ex): At 4th level, a Biker receives a bonus equal to half his cavalier level (round down) when he uses the Drive*/Pilot (motorcycles)^ skill to control a motorbike. This replaces Expert Trainer.

Saddle-shot: At 11th level, a Biker gets Shot on the Run as a bonus feat, even if they lack the prequisites. If they already possess it, they instead take Parting Shot as a bonus feat. If both are already possessed, the biker can take a single bonus combat feat. This replaces Mighty Charge.

Master Rider: At 20th level, a Biker can reroll a Drive*/Pilot (motorcycles)^ check once a day. They must accept the result of the second roll. This replaces Supreme Charge. 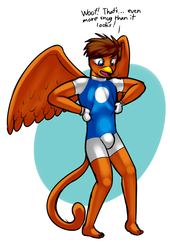 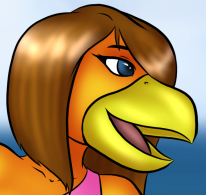