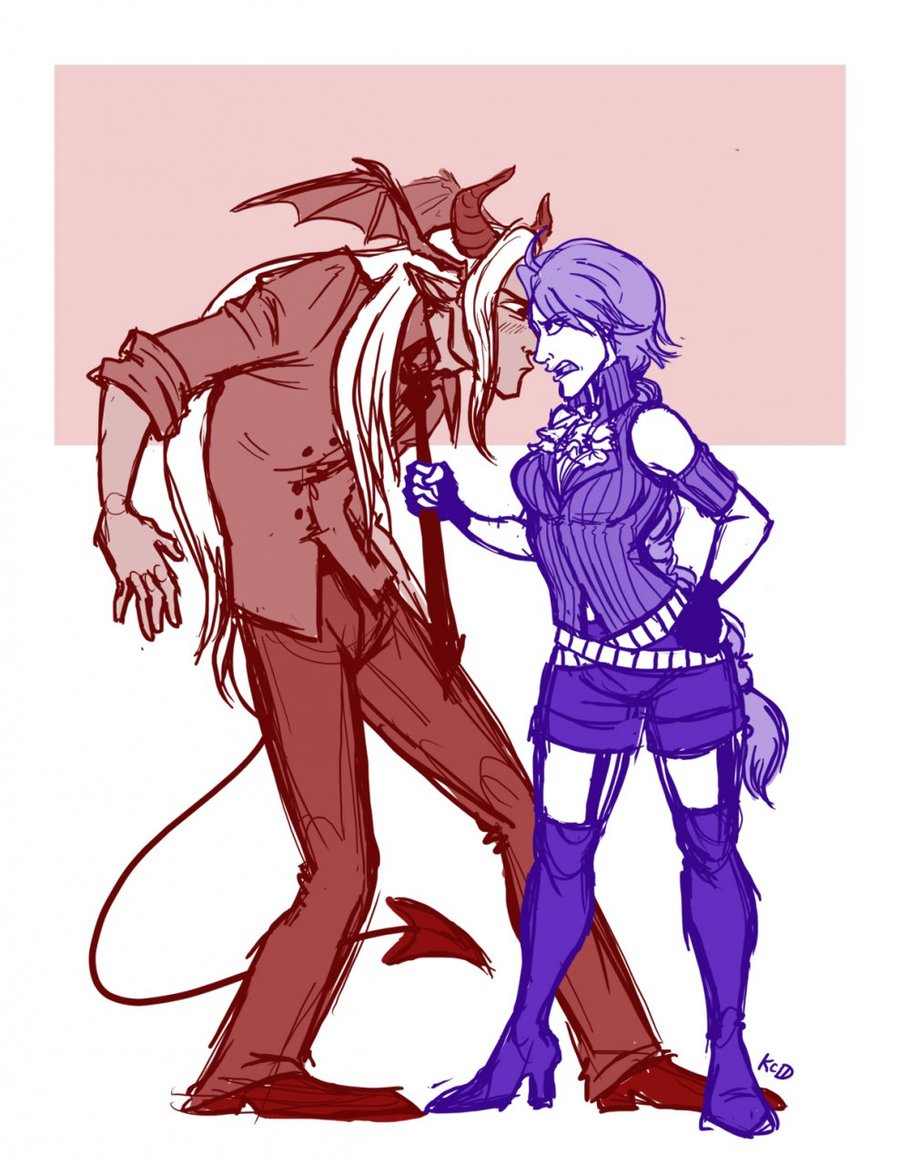 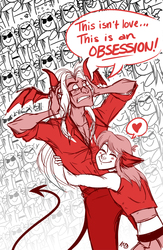 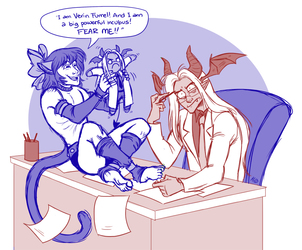 Verin has many stories and has met many people in his life. One was a human huntress. First she tried killing him, than fell for him, but wanted him to listen. She was kinda dominate spunky woman. Virgin too so Verin let her play her games with him to get closer to the reward at the end. Getting in her shorts. :P

Verin ; The owner of the huntress long since vanished.