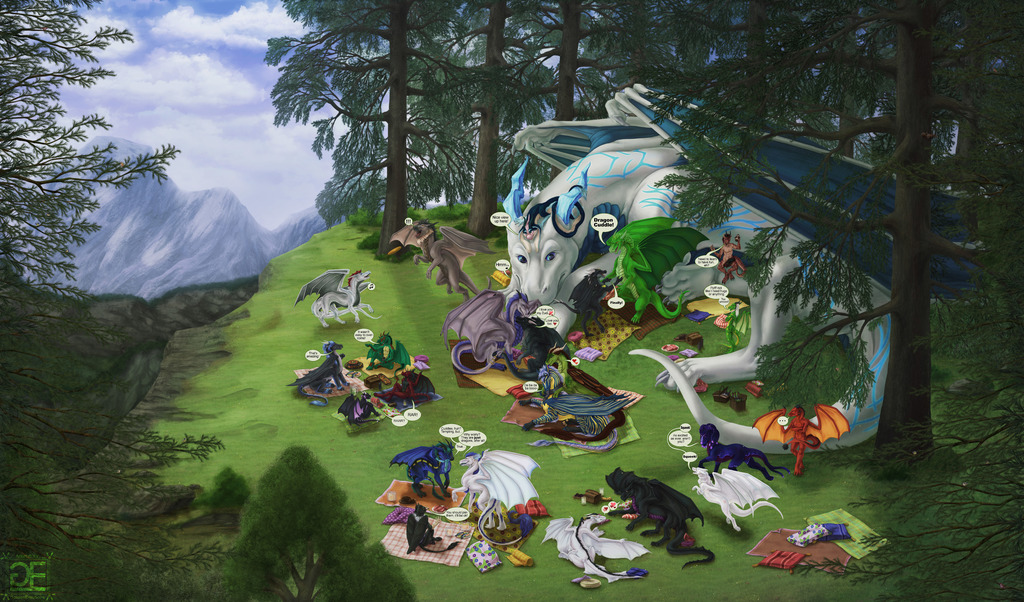 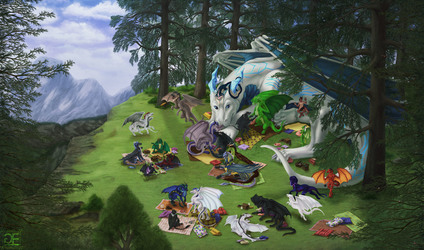 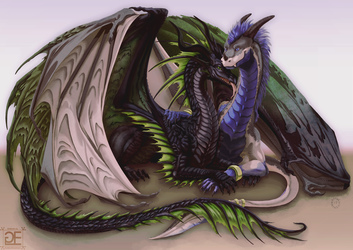 This is the biggest commission I ever did. <3
Full size can be found on DA: http://goldenemotions.deviantart.com/art/When-Dragons-Meet-Dragon-Cuddle-Text-version-694907527

It's the picture I worked on since February, and it was finished in June. I can't belive it's finally live. xD
Though I have to confess, I can't come up with much to write. And being sick super badly doesn't help. So I'm just going to list the characters in it:

If you want to know who is who - honestly just drop a comment. I don't know how to write it down in a way it makes sense. xD <3

♥ AND A SUPER LARGE THANKS TO EVERYONE WHO COMMISSIONED ME! ♥