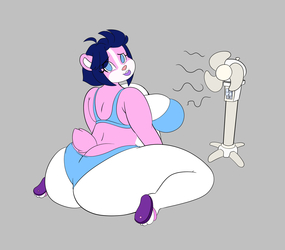 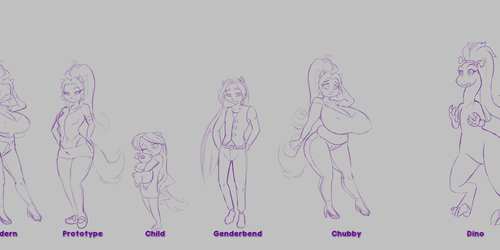 MODERN: Other than her hair style Hope has basically stayed the same since I created her.

OPPOSITE: this was fun to draw^^ hope as a peppy cheerleader.

CHILD: considered not doing this version for hope after doing the Opposite variant they kinda seemed like similar themes.

GENDER BEND: At least where I live the Goth or emo look has kinda dwindled into nothing and has been replaced by that coffee beatnik, poet style so I kinda used that for male Hope. was considering also like a super heavy metal version but went with this instead.

KRAKEN: was going to use the kraken for Krystal but didn't and in hindsight I think it would have been better for Krystal.

CHUBBY: just like Annabelle the chubby version of Hope doesn't look as good as chubby Lisa or Vicki.

not as many variants for Hope, starting to run out of interesting variants for the characters so sticking to the basic ones.

What are your guys's thoughts, which ones your favorite, any advice?