A light in your eyes by gingerpepp 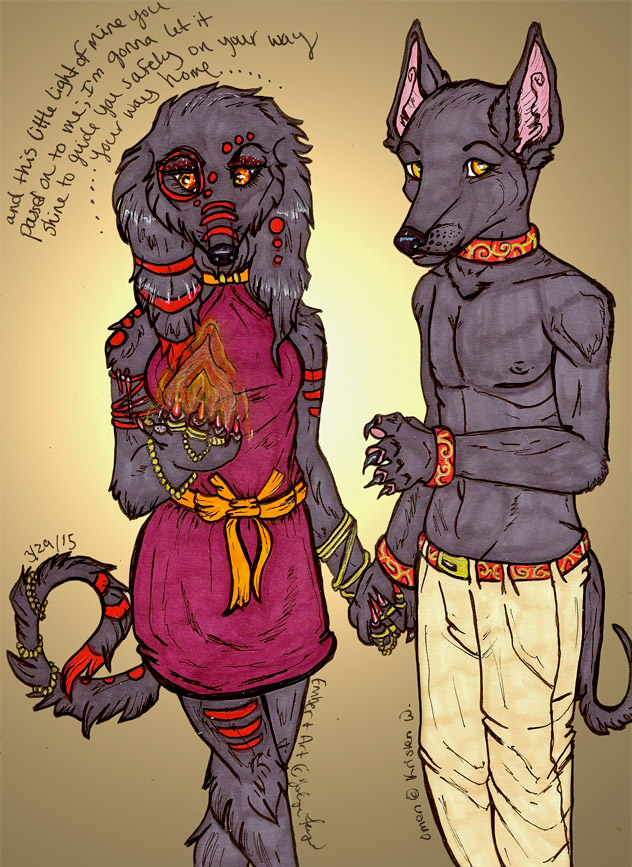 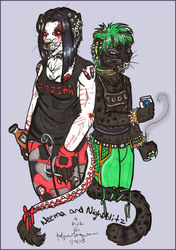 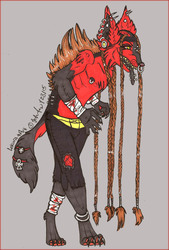 A light in your eyes

Finally I finish this!!!! It only took me five years! And I am only kinda pleased, not too happy with how I did the "fire" coming from Ember's hand. But still.

These two are VERY special to me! They are a couple Kizzy and I have come up with and put a lot of our minds into. On the viewer's left is my character Ember, the Saluki; and on the viewer's right is Kizzy's character Omen, the Ibizan Hound. They are both melanistic, and are a pair of legends.

In the fictional world these two would be read about in a book of myths, and images of them can be found in hieroglyphs on the walls of the ancient pyramids to the caves of the Mayan ruins, Nordic writings, to Roman and Greek sculptures.

The legend goes: Omen is a creature that can see prophecies. He can sense your path and give you the advice that could change, save, and guide you on your way. "You" in a sense of a personal appearance, or an appearance to an entire town, city, or country. However, he cannot speak. The only who can translate his prophecies to life is Ember, so the creature you will see appearing to you is she. Omen is elusive and a much more rare creature to view.

Ember's "markings" are paint that has been applied to her by Omen. At times the prophecies he shares with her can be overwhelming, but he is always there to console her. They are a loving pair.

But not everyone believes in them, after all, we don't believe in myths that often, do we? But your mind will be changed when they appear to you in your darkest hour.