Bury Your Flames by gingerpepp 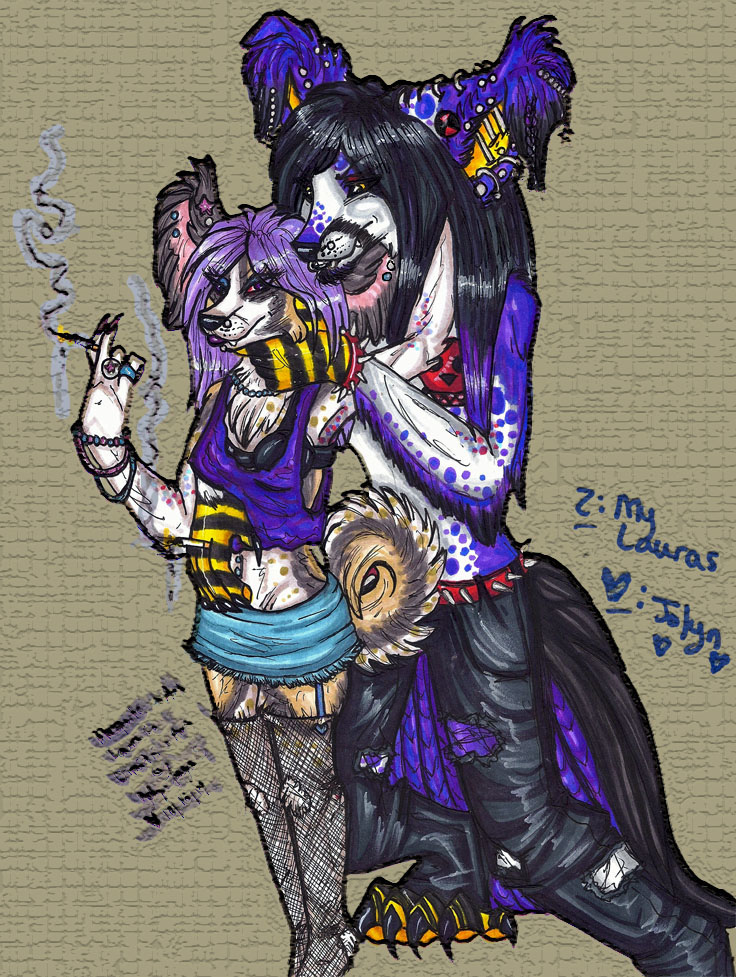 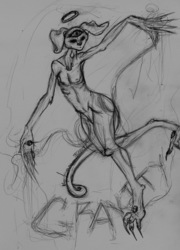 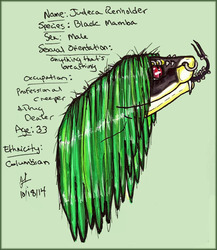 I was recently in Maryland visiting Crow and she beat me until I drew something ;p This ended up becoming a collaboration and a sort of teaching project. She helped me SO MUCH with some areas I have been struggling with through this image. I sketched the idea, she refined it and helped me improve the anatomy, foreshortening and angles, and then I inked and colored. I love coloring, everyone just draw for me and I'll color your pictures ;P No no this was to help me grow.

So here we have my character Dimitri the Kit Fox/Gyrfalcon hybrid, and Crow's character Mesquite the Kit Fox/Papillon hybrid. They both represent the same ideas in both of us. A darkness we wish didn't exist yet still remains as a reminder of what we used to be so we do not go down that path again.

Dimitri and Mesquite are fucked up drug addicts. They don't care about anything really, except their next fix. They've become reliant on each other, since they both get what they need from the other. But don't be fooled - they aren't a romantic pair. They are simply symbiotic, or in a more scientific term they exhibit Mutualism, both benefiting from the other. To the point they really don't screw around with others as much anymore, but only because things are easier that way and it takes less effort to just use the person you know you can get what you want from.

They are both dirty trailor trash dickwads. But they are damn sexy.

I LOVE MY LAURAS and doing collabs with her is damn awesome expect more!!!

Title is from a song by La Dispute that suits them pretty well imo.