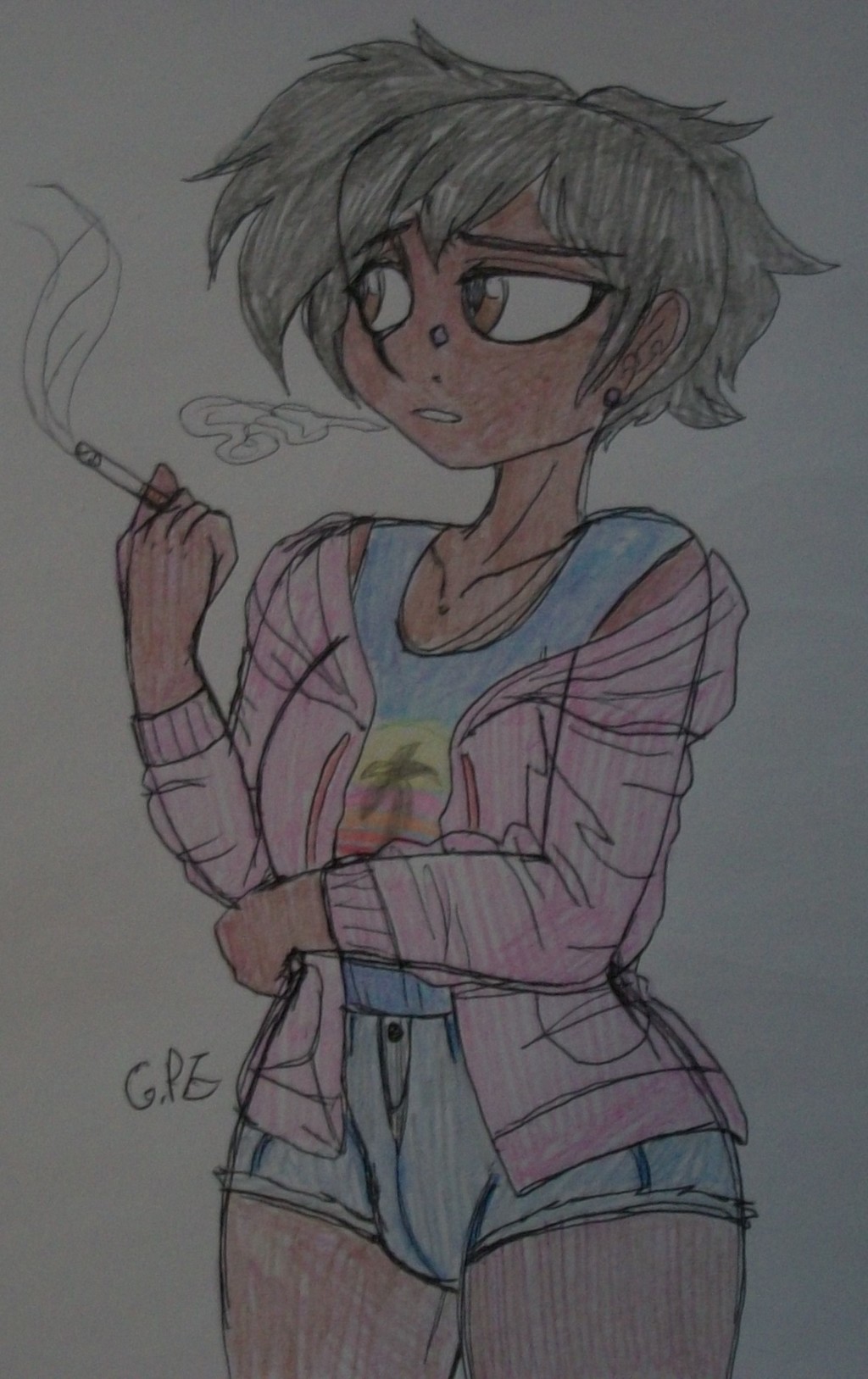 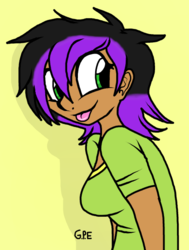 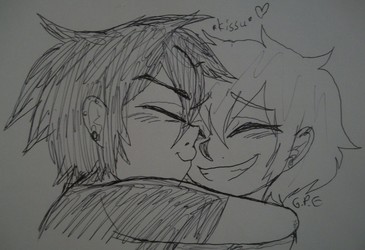 ((That dead bf that's got the A.U version of Haruko so down. His name is Jaiden now, btw. He's a cool guy... shame he's dead now. I gotta make a digital pic of this boy at some point.))

Second drawing of the Dead Boyfriend design for the GTA AU. Still no name, and haven't decided on how he died yet.
I still think his design is really nice, Ah, I’ll probably reuse his design for other things in the future so this damn fine look doesn’t get wasted.

His skin is supposed to be darker then that but this is all I could do with colored pencils.

And I don’t know why but his look feels….. retro… for some reason. Anyone else see it too or….?

UPDATE: His name is Jaiden now!