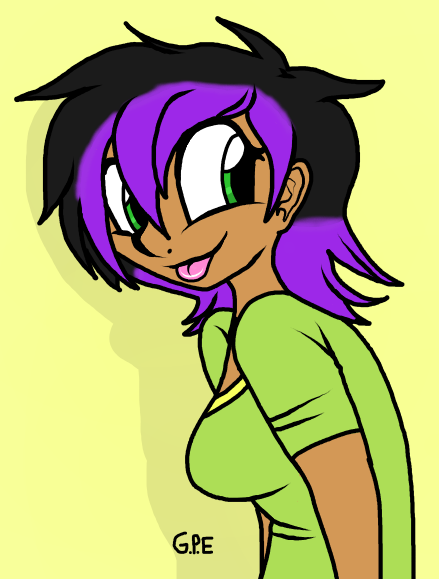 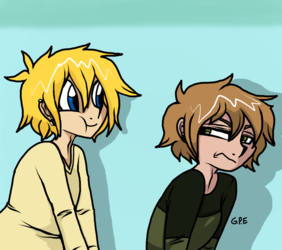 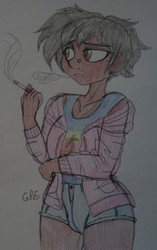 ((Some context: Roma used to be a White Canadian Girl but now she's not... she also used to be more into hardcore dubstep and techno stuff... now she's more into vaporwave and futurefunk and anything relating to those.))

Moved from her hometown when she was 19 to go to college in San Francisco and work on her music career. She likes making EDM and Synthpop music and anything in between. Right now she's just a local DJ in the city that's known but she can't live off of it so she currently works at her friend's Cafe'.

Her fashion sense is "Casual A E S T H E T I C raver" meaning she likes wearing raving gear but doesn't overdo it and looks like she really likes the games "Hotline Miami" and "Far Cry: Blood Dragon".

She lives in an apartment with her roommate Samantha and is currently dating Etsuji Goto (The owner of Triumph Cafe' and her friend, Haruko's competition.).

Despite not reaching her goals right away she's still very happy in life and likes being loud, some of her friends think she's a bit obnoxious but she means well.