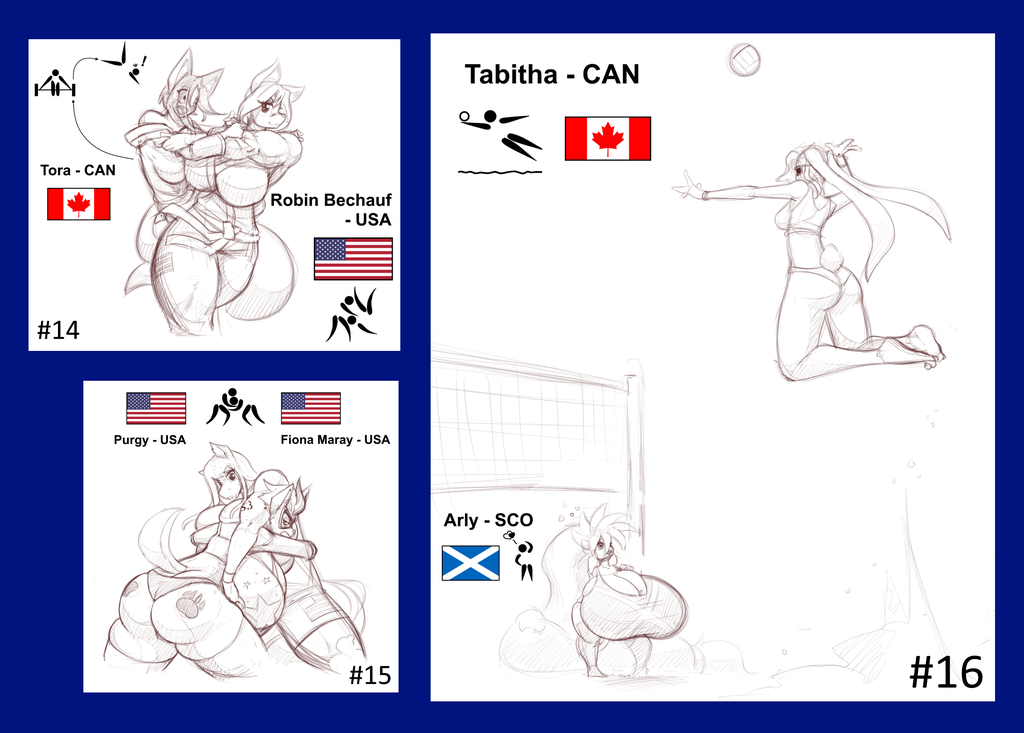 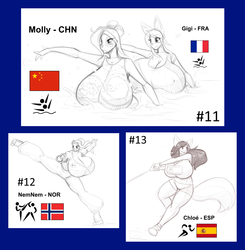 #14 Robin Bechauf (USA) featuring Tora (CAN) - Judo :
One of the other martial art in the Olympic Games, this one is mainly about getting over your opponent, breaking it's balance and make sure they can not move or escape. There are many ways to achieve that, one of them is throwing your opponent over your shoulder. Robin has what's needed to do that, hence why the feeling of being nothing but an easy weight to lift and throw ?

#15 Fiona Maray (USA) vs Purgy (USA) - Wrestling - Greco-Roman :
Competing against a friend is totally possible in the Olympics, from the same country or not. That's probably why Purgy decided to wear some special outfit, even though it's not the "freestyle" version of wrestling (and "freestyle" does not mean "you can wear what you want"). But if it can disctract opponent and friend Fiona, that may be worth it.

#16 Tabitha (CAN) featuring Arly (SCO) - Volleyball - Beach volleyball :
While rabbit can totally fit in this sport, even if not that tall they can still jump high, the "Moo" is probably not totally in her element, unless throwing the beach ball so high that the bunny can smash it and win points one after the other.
Not the team you'd bet on first of all, though probably the best one as soon as they make the first point.