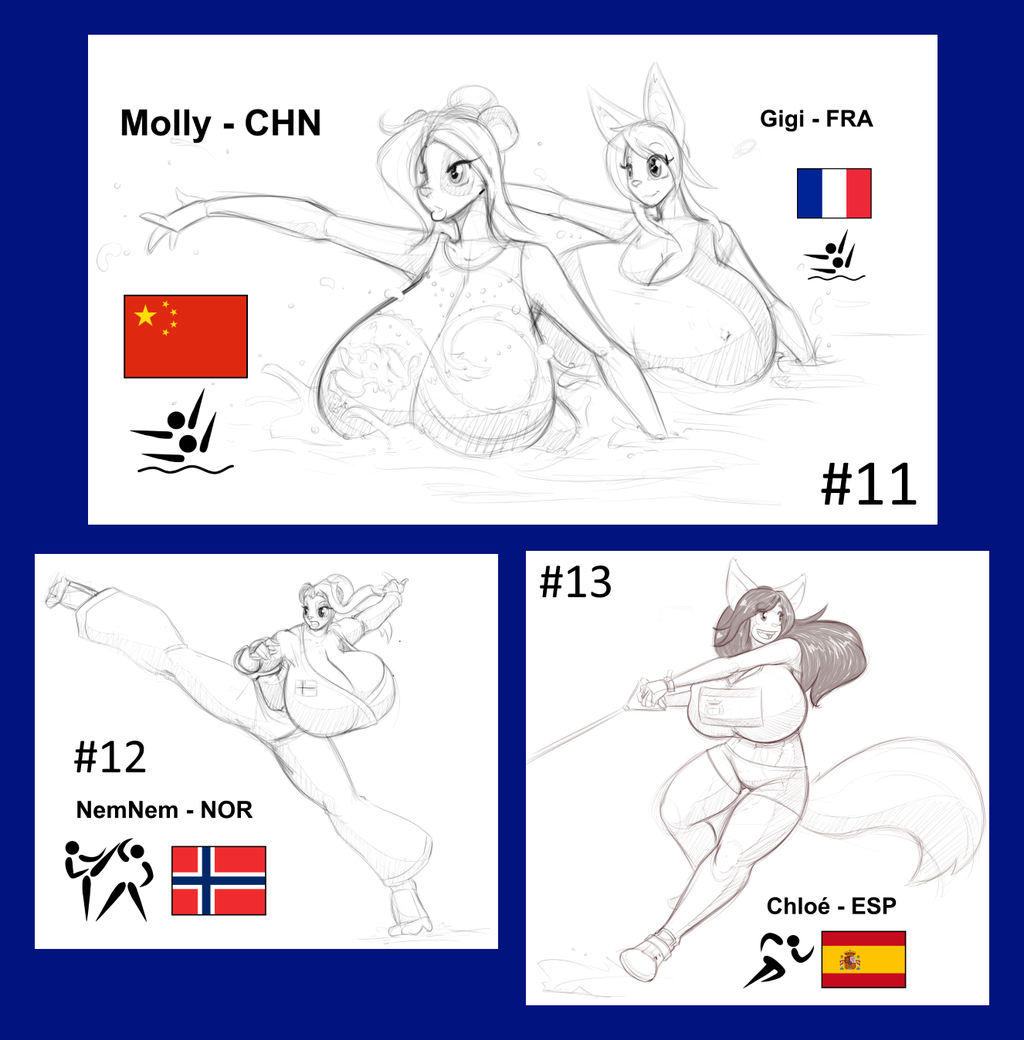 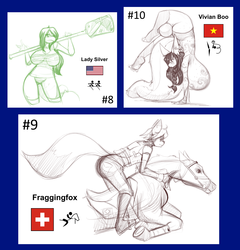 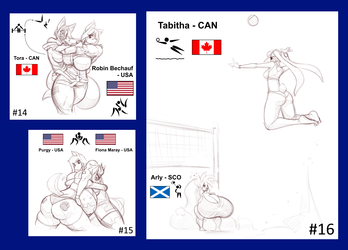 #11 Molly (CHN) featuring Gigi (FRA) - Aquatics - Synchronized swimming :
Team may vary in number of people, it's usually 2 or 6. Routines require you to have your legs almost always out of water, having the head upside down in the water. Goal is to have legs as vertical as possible outside of the water and of course, being as synchronized with the moves as possible. I doubt Gigi was really involved into that kind of swimming, though if Molly would look for a teammate to replace any partner not able to participate anymore, Gigi would totally accept to help.

#12 NemNem (NOR) - Taekwondo :
A martial art coming from South Korea, though known worldwide even in the nordic country where NemNem is from. Any korean person engaging in the national army will be taught this sport and eventually competing nationally and internationally, like during the Summer Olympic Games.
A new martial art will be back for the next Summer Olympic Games in Japan : Karate.

#13 Chloé (ESP) - Athletics - Hammer throwing :
Chloé is always happy when something requires strength like Hammer throwing, because the wolfgirl is extremely strong even without showing any amount of muscle. Though, unlike Gigi, she has a perfect mastery of her strength and then can just make the perfect throw, just enough to win. And well, if she does not get the gold, she just like that kind of sport to simply participate.
This is Tora second fav'/most inspirational drawing over the 16 that were made.