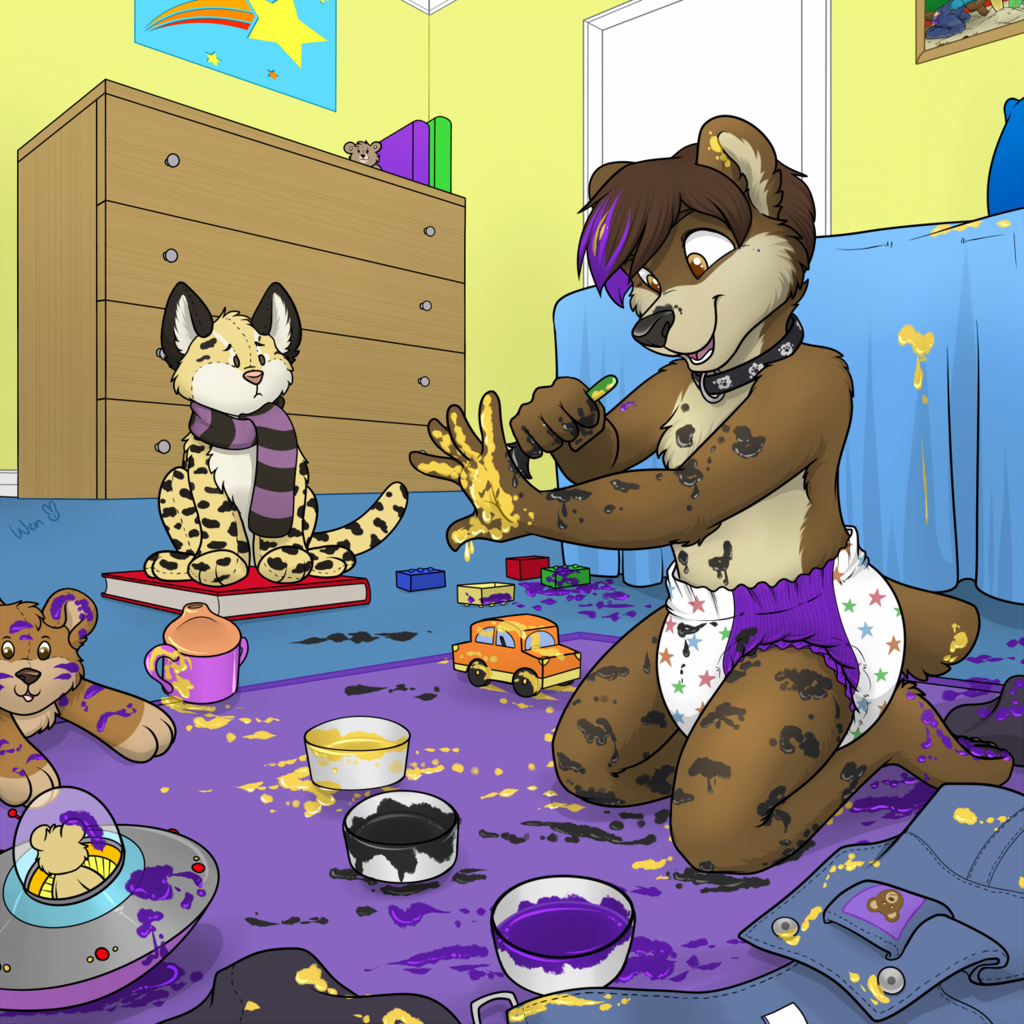 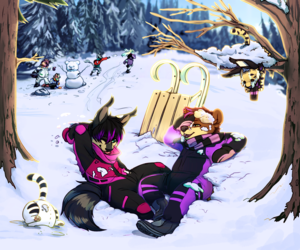 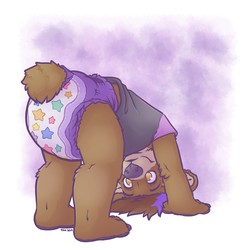 "See, Sammy? Just like you!"
Sascha was sitting on his knees in his room, in front of some bowls of paint, a brush in his hand and was eagerly applying generous amounts of black paint to himself.
He was covered from head to toe in blotches of black paint, in addition to some yellow and purple.
The little urside knew that he was a hybrid, a mixture of a kodiak bear and a lynx...along with the fact that he was adopted.
His lynx characteristics however where fairly discreet. Only his slimmer and smaller build, a strange silver streak in his headfur (which is usually dyied in a bright purple color) and rectractable claws gave away his mixed heritage. That and the fact that he was primarily using cat noises instead of bear ones.
Looking at Sammy earlier this day Sascha realized, that he does not have any spots. Spots like his plushie companion Sammy has in his fur. So he had the brilliant idea of painting himself some spots, using a brush and some paint.
Or maybe not that much of a brilliant idea, as he made a terrible mess of his room, dripping paint on the carpet, his toys and his clothes. Only Sammy was still clean, as he was the modell for Sascha's painting operation.
And he did not seem to be very happy.
The long-tailed lynx plushie had a very miffed and disapproving "I don't think that's a very good idea, kid!" on his face.

Oh....my.... gawd.
This kid probably isn't getting any pocket money anytime soon again, as soon as his step parents discover what he mess he created. At least not until he payed for the cleaning of the carpet and probably some new clothes.
Somehow it's amazing how an innocent, playful and well meaning cub can get himself into that amount of trouble. ^.^'' I hope the curtain-lecture he is going to recieve will not be too bad.
Poor guy.

That adorable picture was done by the amazin

wen. I really love Sascha's eager look, Sammy's miffed expression … and all the little details in the room. Awesome!
Thank you very, very much!