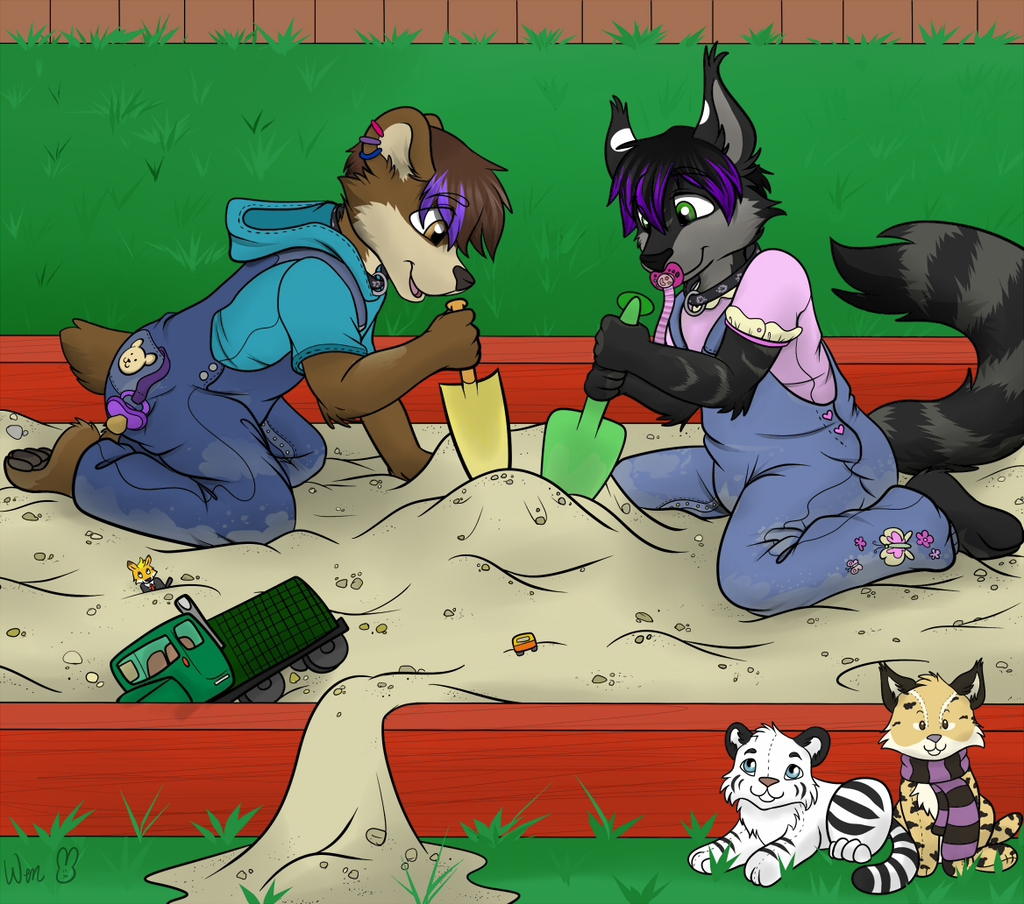 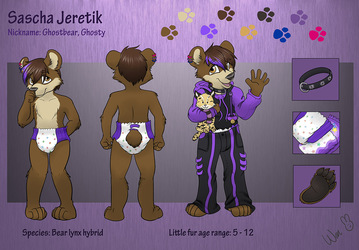 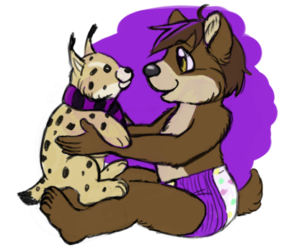 It had been raining the whole other day and while the grass has already dried up again, the sand in the sandbox was still soaking wet.
Not that Kuraiko and his older brother Sascha really cared.
After a good deal of puppy eyes from both of them they were put into some padding and some comfy dungarees and placed outside. Maybe just to get rid of those adorable, but kinda persistent crinklebutts for a couple of hours.
They both played happily in the wet sand with their toys and their clothes already dirty in several places.
After tucking away his pacifier into his backpocket of his overalls the young bear hybrid eagerly started piling up the sand.
"C'mon bro ... let's build the biggest sandcastle eeevar"
Nodding and happily nursing on his own pacifier the tiger hybrid flopped down and started digging himself.
From the sideline their beloved plushies were watching awkwardly ... after fleeing the scene and the incoming mess.

Absolutly adorable and playful and innocen art ... done by the fantastic

wen
Thank you sooooo very much. I really love it and it's dangerously cute :3