We build a mudman! by Ghostbear 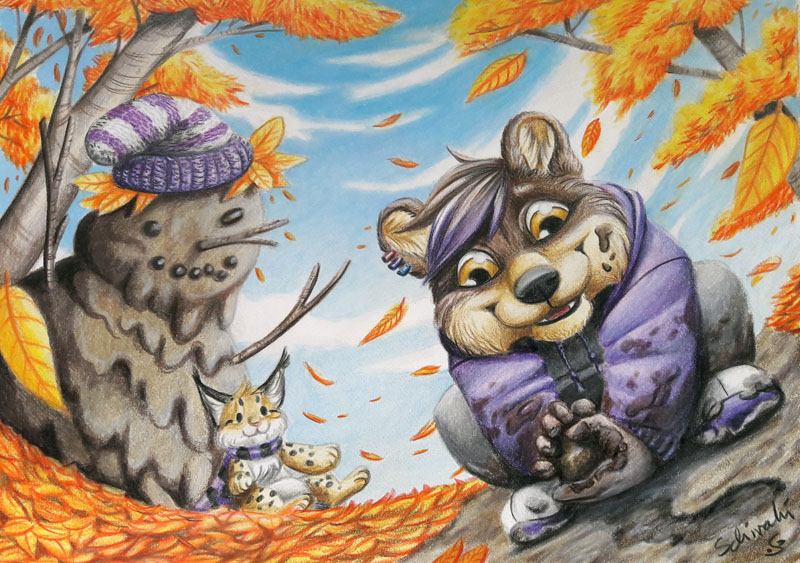 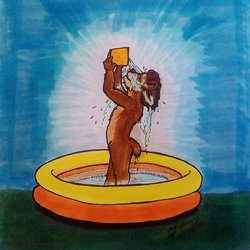 We build a mudman!

The weather forecast said there might be snow, a certain little bearkitty was already eager to build the first snowman of the season.
Sadly, the meteorologists were wrong and the only thing that fell from the sky was rain.
A day later, the weather cleared up again, the sun was coming up, but the ground was still soggy und muddy from yesterdays rainfall.
That didn't stop Sascha from wanting to play outside and after a bit of pleasing and puppy eyes, he mum gave in, but

Dressed in thick and comfy clothing to keep him warm and save, he grabbed his beloved plushie partner-in-crime Sammy and basically bounced out of the door.
It only took him a couple of steps to forget that he should stay at the nearby playground and not venture to his usual spot in the woods, just a few minutes away from the house, due to the rain the day before.
Playing with the golden leaves, throwing them into the air and chasing them down, squealing... the little cub suddenly stopped in his track, when an idea popped into his mind.
Who needs snow? Mud is sticky too!

A wonderful and funny Patreon gift, drawn by the awesome

schiraki
Kids and their stupid ideas. Creative, spontaneous... but stupid. And in the end, they might need a pressure washer to become clean again XD
I was like that when I was a kid...getting sopping wet, muddy, dirty.
So this picture just nailed it and hit the spot :3
I'm sure his step parents won't be happy when this little guy comes home from playtime like this. And I'm sure that this might become a picture in the "Stupid things my kid did" photo book ^.^'
But I'm also sure that nobody could stay mad at him for long. ^.^'

I really love the dynamic angle and the vibrant autumn colors. And he looks so eager :3