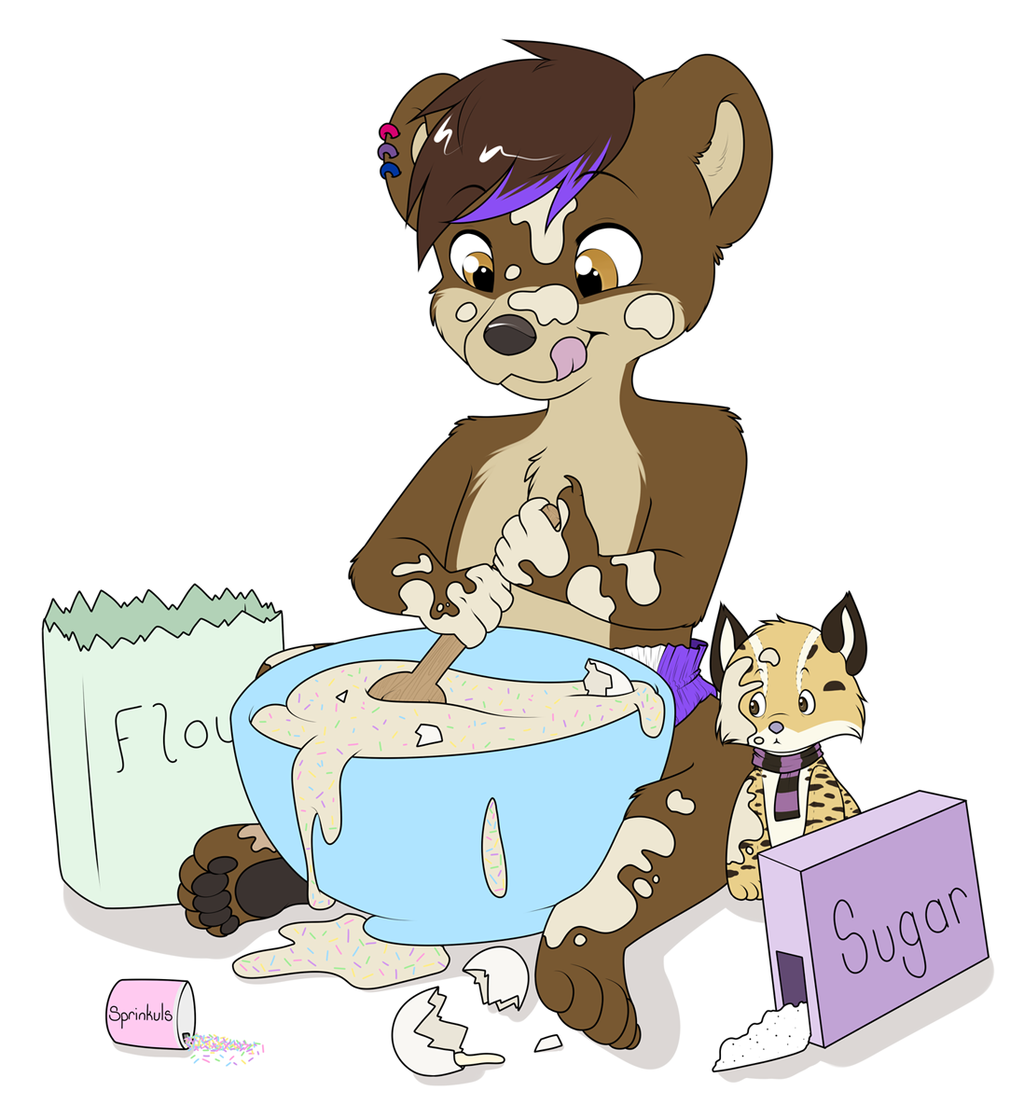 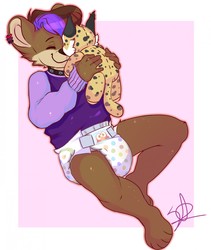 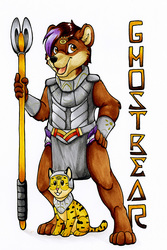 "See Sammy?" exclaimed Sascha, while he was busy stirring around in a large bowl that was filled with ... something. "It's not that difficult! Just let me finish.. and then we can eat nommy burgers!"
Somewhere along the way the little bear hybrid had taken it into his head that he wanted to have homemade burgers for dinner.
He loved the ones his step parents made... with homemade Brioche burger buns (not that he could pronounce it or did really know what it meant), slightly sweet and fluffy.
And with nobody around at the moment, he decided to take matters into his own little paws...even if he surely wasn't supposed to and Sammy also strongly disagreed.
His lynxy plush was always the voice...one Sascha decided to ignore for now
Rummaging around the kitchen he searched for things he would need. Flour, eggs, sugar, milk and other things.
With a lot of childlike enthusiasm he just flopped down on the floor, threw everything into the large bowl and started mixing vigorously... splattering dough nearly everywhere.
The kitchen floor, himself, even Sammy got he share of the sticky mixture.
"Almost done! But something is missing... Hmmmmmmm.... " Thinking hard about the problem he suddenly knew. "SPRINKULZ! Everything needs Srpinkluz!"
Throwing in a healthy (ur rather unhealthy) amound of the colorful sugar sprinkles he started mixing again, his little tongue sticking out in concentration. "Now we got it, Sammy!"
Silence...
"Uhhhm, Sammy? Are ya still with me? Or I udnerstand...you're just stunned how great this will be!" Sascha giggled.
Sammy however was just staring at the incredible mess his little owner did make, a shocked and stunned "WTF, Kid?" expression on the dough-smeared plush-face
Or rather a "lynx.exe has stopped working" expression

Awesome work, done by the highly talented and super-friendly   yuppup
Usually I'm not a big fan of YCH pictures... but I just had to get this one.
I love cooking (guess I'm actually not a bad cook) and homemade Brioche burger buns are actually one of my favorites. But I'm also pretty sure, would I try baking/cooking at my little fursona's age ... it would would look very, very similar to this.
Poor little Sammy :/