Catch em all by Ghostbear 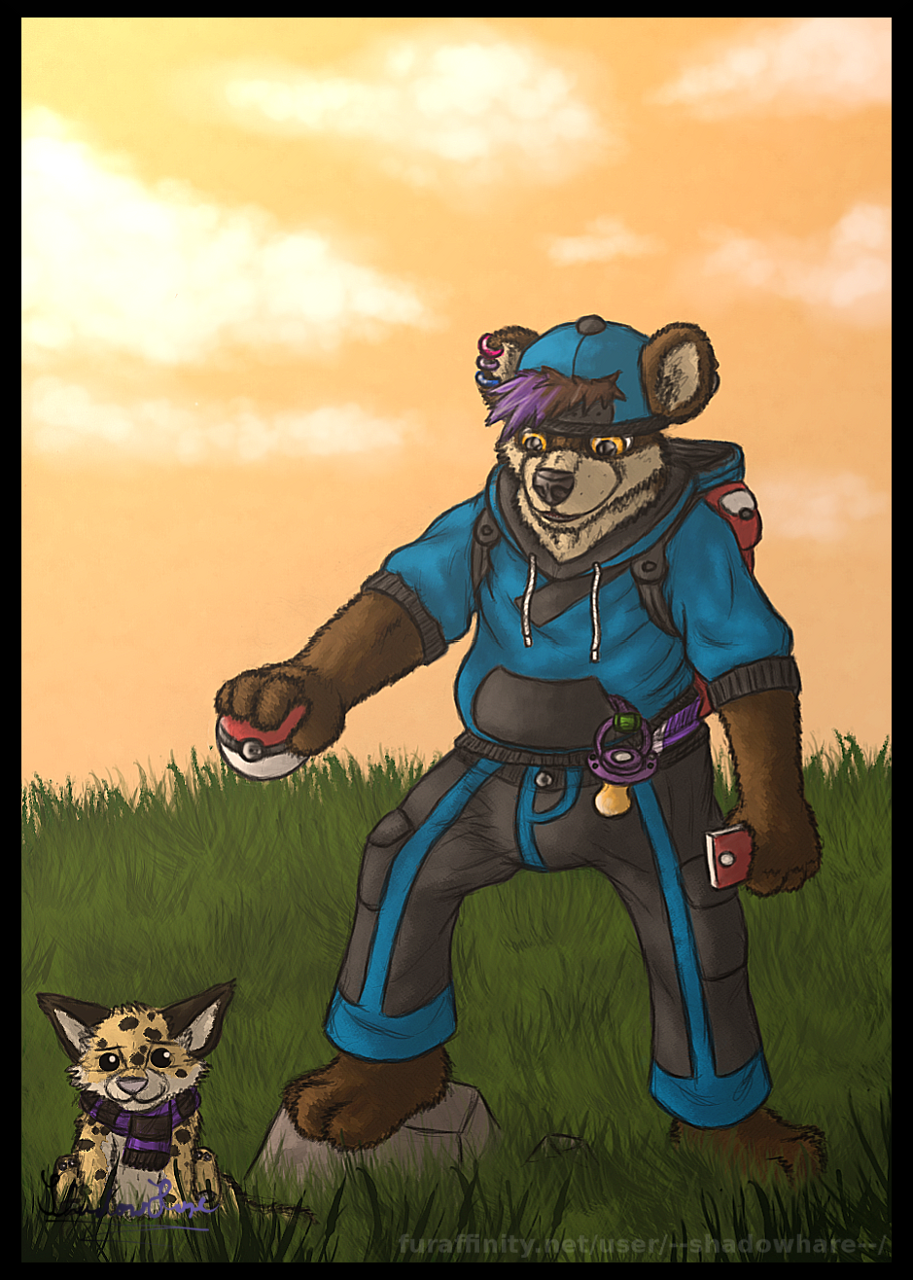 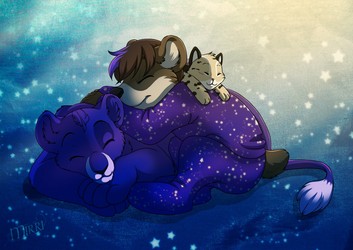 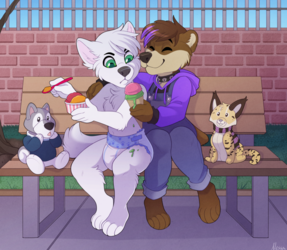 With Pokemon Go out, it did not take long for the hype to catch Sascha's attention.
What could be better for an adventurous kid like him to outside, catch some digital little monster in the real world and play pretend alongside the AR on his smartphone.
Well, technically it's not his smartphone and most features besides Pokemon had been locked, buuuut..still :3

Wearing a cozy hoodie, comfortable, room cargopants that left enough space for his pullup styled diaper and a basecap in his Team's colors was mandatory of course.
Go, Team Mystic!
A light backback, a collection of plastic Pokeballs, his pacifier, smartphone (which looks very close to a Pokedex ^_^) and additional battery pack completed his outfit.
And Sammy of course, he would not leave home without his little long-tailed plushie companion.
One big little Pokemontrainer ready to go :3

Tho Sammy wasn't tooooo impressed when Sascha suddenly place him on a stone, holding his smartphone in one and Pokeball in his other paw.
"A wild Sammy appeared!" he exclaimed in his youthful voice. "Gonna catch them all!"

His plushie's face somehow seemed to react to the scene and seemingly said' 'Really, kid? You're pulling that on me?'
Oh well, that is Sammy for you. I'm sure he'll get lots of snugs and hugs later.

Yeah I joined the Pokemon Go hype too.
More to find a motivation to go outside than really playing seriously, to be honest.
But when --shadowhare-- opened a watcher raffle and I was so lucky to win ... I had to get a Pokemon trainer themed picture ^_^
Little Sascha is a bit older here than on my usual Babyfur-/littlefur themed pictures, somewhat about 10-11 years old.
It's cute and still absolutely innocent with no ulterior motives.
Just deal with it :P

Thank you much again for the wonderful picture, --shadowhare-- !
I really love it and how you drew the scene as a whole ^__^
Thankies!