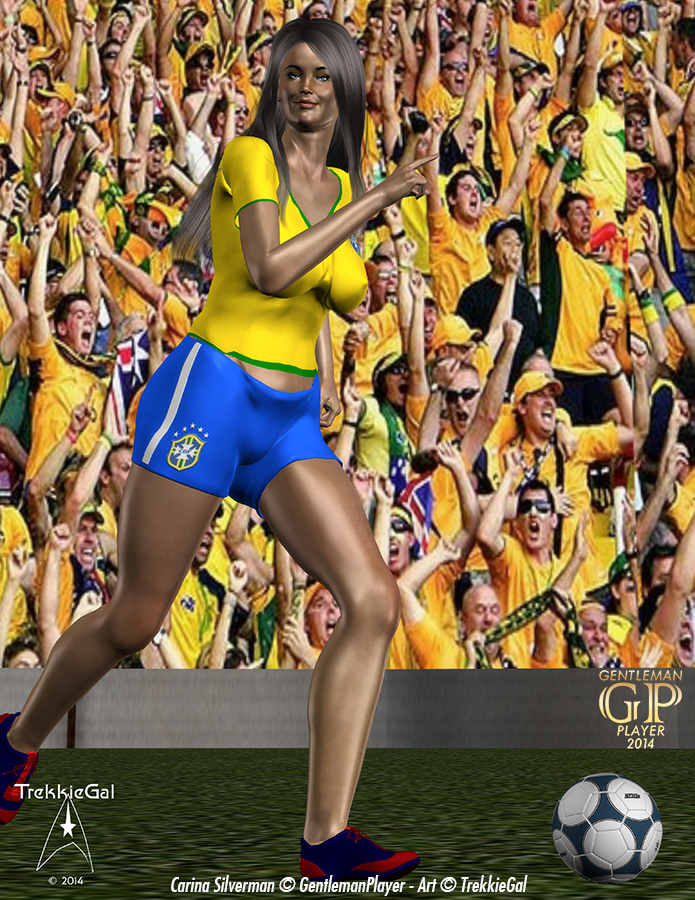 This one is a gift from TrekkieGal.

The World Cup kicked off Thursday, June 12, 2014. The host team Brazil won the opening game with a 3-1 victory over Croatia

Carina Silverman, wearing her home country's colors, is on the attack.

Carina Silverman is the intellectual property of

The above picture is the combined intellectual property of myself, and TrekkieGal, however, TrekkieGal retains the original copyrights. It may not be modified or redistributed without their expressed written consent