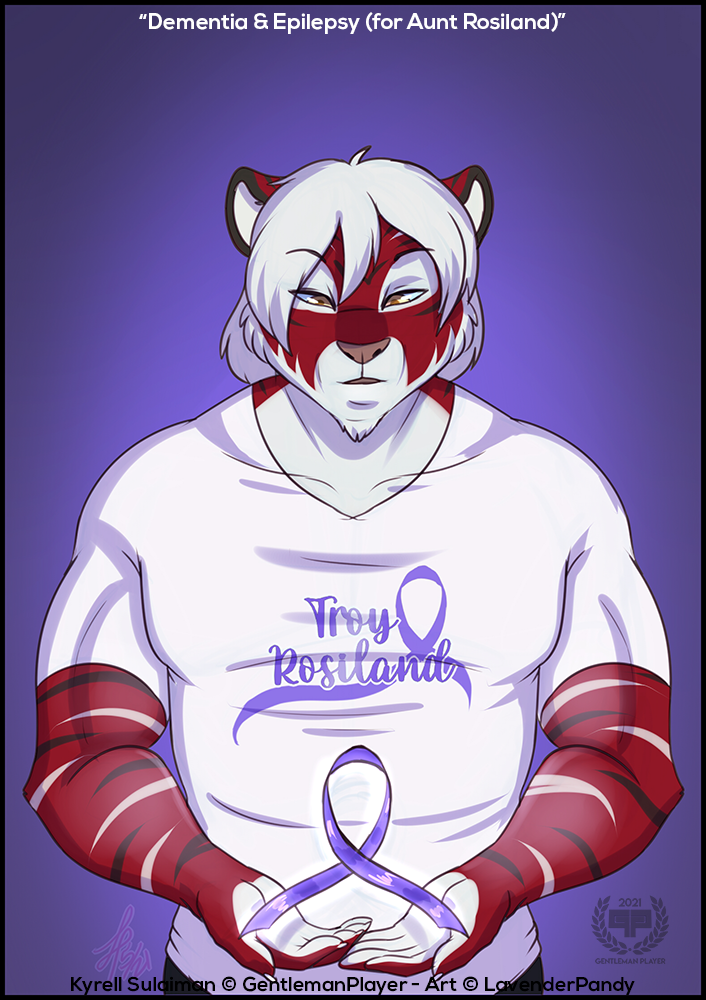 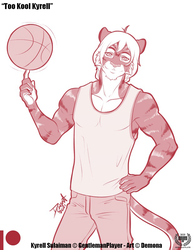 June is designated as Pride month. And make no mistake: I respect the LGBTQ+ community. I have a couple of friends who are lesbians. And some members of my family are gay and/or lesbian.

And while it's four months away, November is designated as Epilepsy Awareness Month. As a child, I suffered from epileptic seizures. Fortunately, as I grew older, the seizures stopped.

For both of these disorders, the purple ribbon is used to promote awareness. So please, while you are celebrating Pride Month, take a moment to say a prayer for those that are fighting a silent battle against Alzheimer's/Dementia. And when November comes around, do the same for those suffering from Epilepsy.

Kyrell Sulaiman is the intellectual property of

The above picture is the combined intellectual property of myself and

LavenderPandy, however, Pandy retains the original copyrights. It may not be modified or redistributed without their expressed written consent.