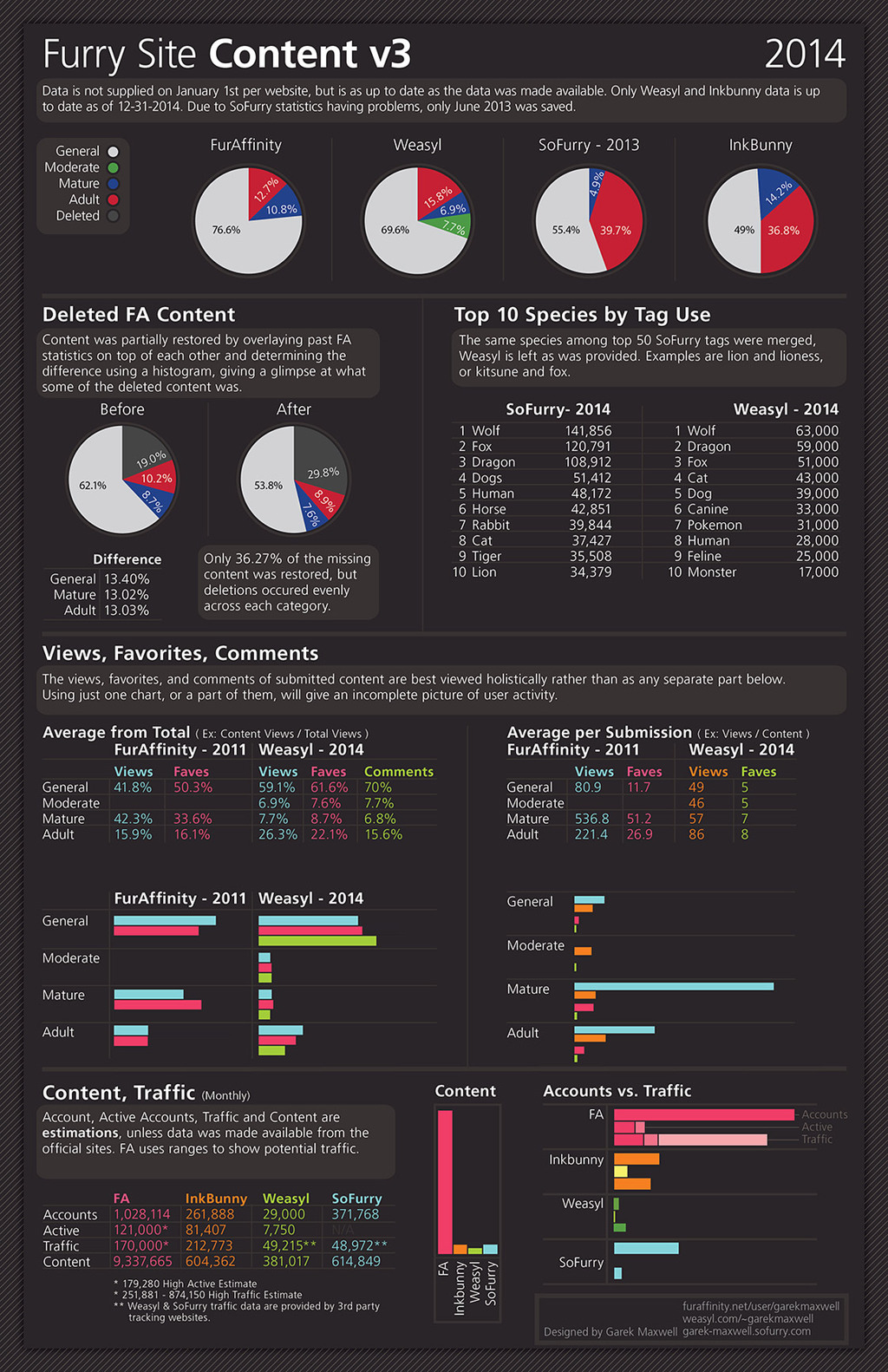 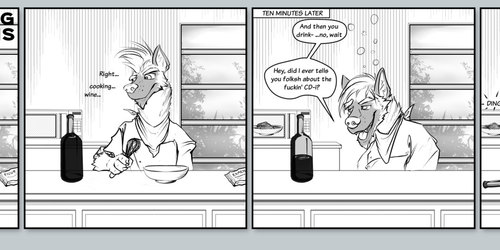 GreenReaper on SoFurry provided more accurate statistics for InkBunny, and linked me to a new Journal by Fender on FA for new 2014 stats. I have updated accordingly the data, and split parts into new categories thanks to new information provided. I also updated the total FA accounts using an estimation with the difference between new accounts in 2011 and 2014. I had the total accounts for 2012 and new ones for 2014, but neither new nor total accounts for 2013.

The only problem is that Weasyl and SoFurry do not have traffic data readily available, so low estimations were used in place of nothing at all to give an idea of what the traffic could be.

Now includes rough traffic data, content, and users. These are all largely estimates even when given by official sources, and were averaged together based on what was available. Official numbers welcome!

Decided to do something last minute on new years eve. It really could be better organized and formatted, but it will do for now I guess. Namely, the key listed above should either be repeated or the FA content deletion section should be pushed up next to that section.

I may update this later to include some other things. SoFurry has submissions by sexual orientation for example, Weasyl has tags by most common and by most favorited, as well as follows vs submissions for particular artists. VCL has some information as well, but not very much. I can't really figure out how to include them.