Squished and Smiling (Updated) by Gany 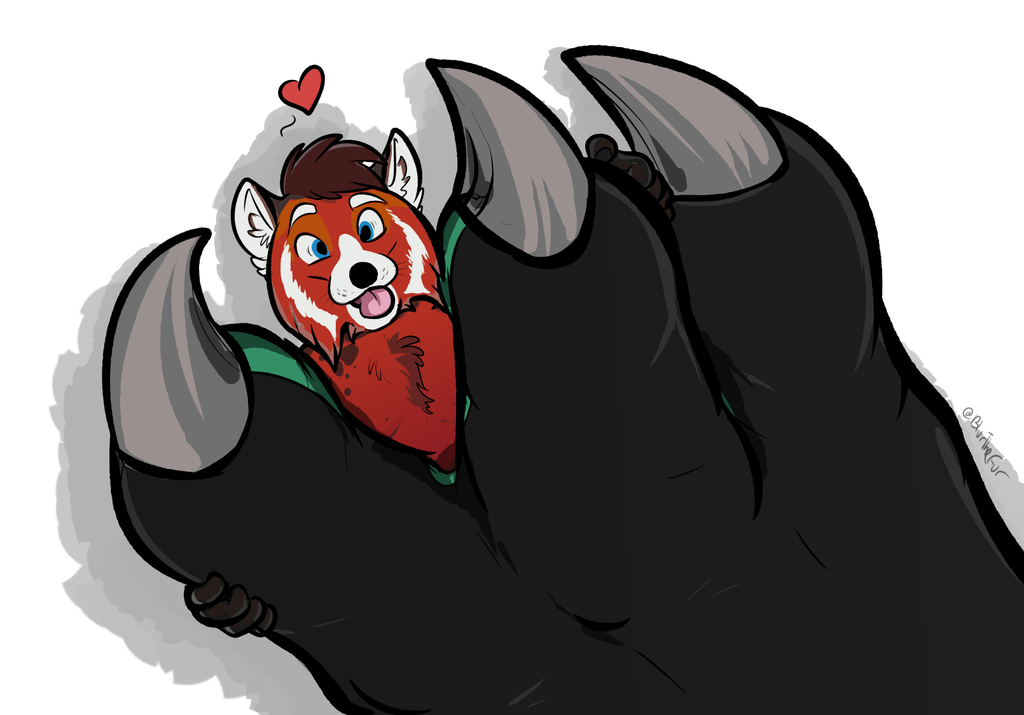 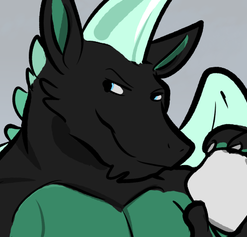 (Updated. A lot of people I've been commissioning have been neglecting to draw Gany's whiskers/mane the way the ref shows, but that's my fault, not theirs. Blur saw me mention this, and apparently was happy to update this awesome pic as a result.)

One day, he came across the dracorn, named Thorn. The two hit it off quite well, as the pandacat is rather fond of dragons. They talked quite a bit, and the dracorn eventually noticed that Gany was staring at his feet a few times. After a bit of shyness and reassuring prodding from the dragon, the pandacat revealed both what he was, and what he rather thoroughly enjoyed. And where he thoroughly enjoyed being.

Thorn was understandably a bit curious, as he hadn't met someone so willing to be underfoot before--most beings usually try to run from a dragon's tread. After talking about it for a bit, the dracorn decided he'd see if the pandacat was telling the truth, and agreed to put the pandacat's claims to the test (gently, of course). He expected a shocked reaction, and indeed there was a bit of surprise. But the giant's eyes widened in his own surprise and even a bit of delight as he saw his tiny new friend staring up at him from between those massive toes, an expression that rang "stupid with joy," and he chuckled as he felt the pandacat's arms embracing the toes, body squishing under the ball.

"You're an odd one," the dracorn chuckled, "but I think I like this oddity!"

The pandacat purred and let out a happy "Meep!"