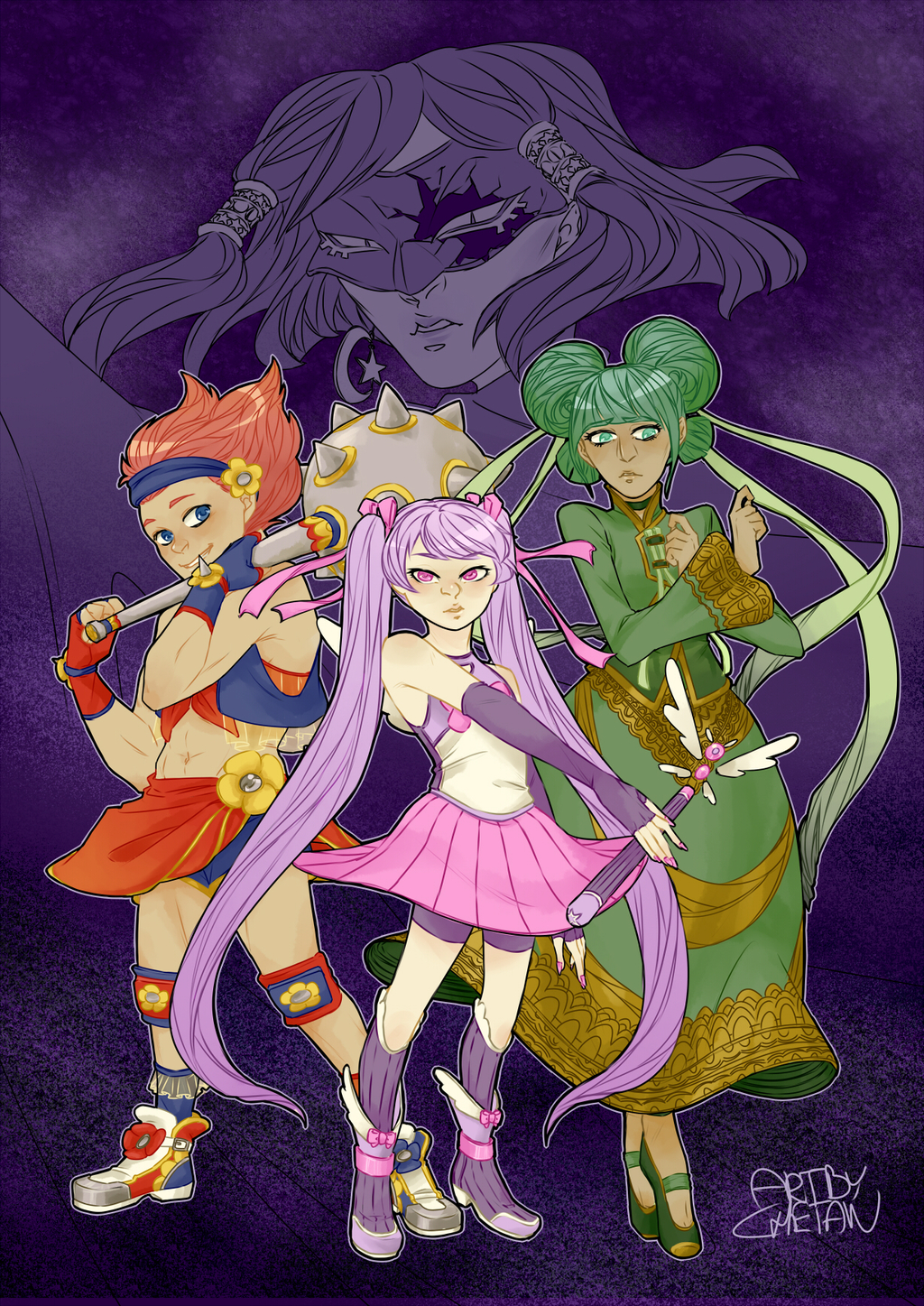 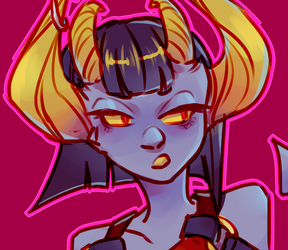 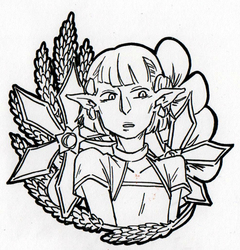 Magical girls are great and pure.

The left one is Siresa who has fairly standard super strength. She's the unofficial leader of the group who recruited Douno from the enemy side after defeating them.

The middle one is Douno, who has control over gravity. They used to be a pawn of the big bad, but Siresa won them over to fight for love and justice, though they're not quite so good at it yet. Despite not technically being a girl, they count as a magical girl.

The right one is Jasna, who has prehensile hair that can be as dense as steel if she chooses it. Siresa and Douno's efforts to protect the common folk inspired her to come out of her shell and actually use her power.

The Cracked Mask in the background is a mysterious villain who uses their malefic superpower to erase people's emotions.