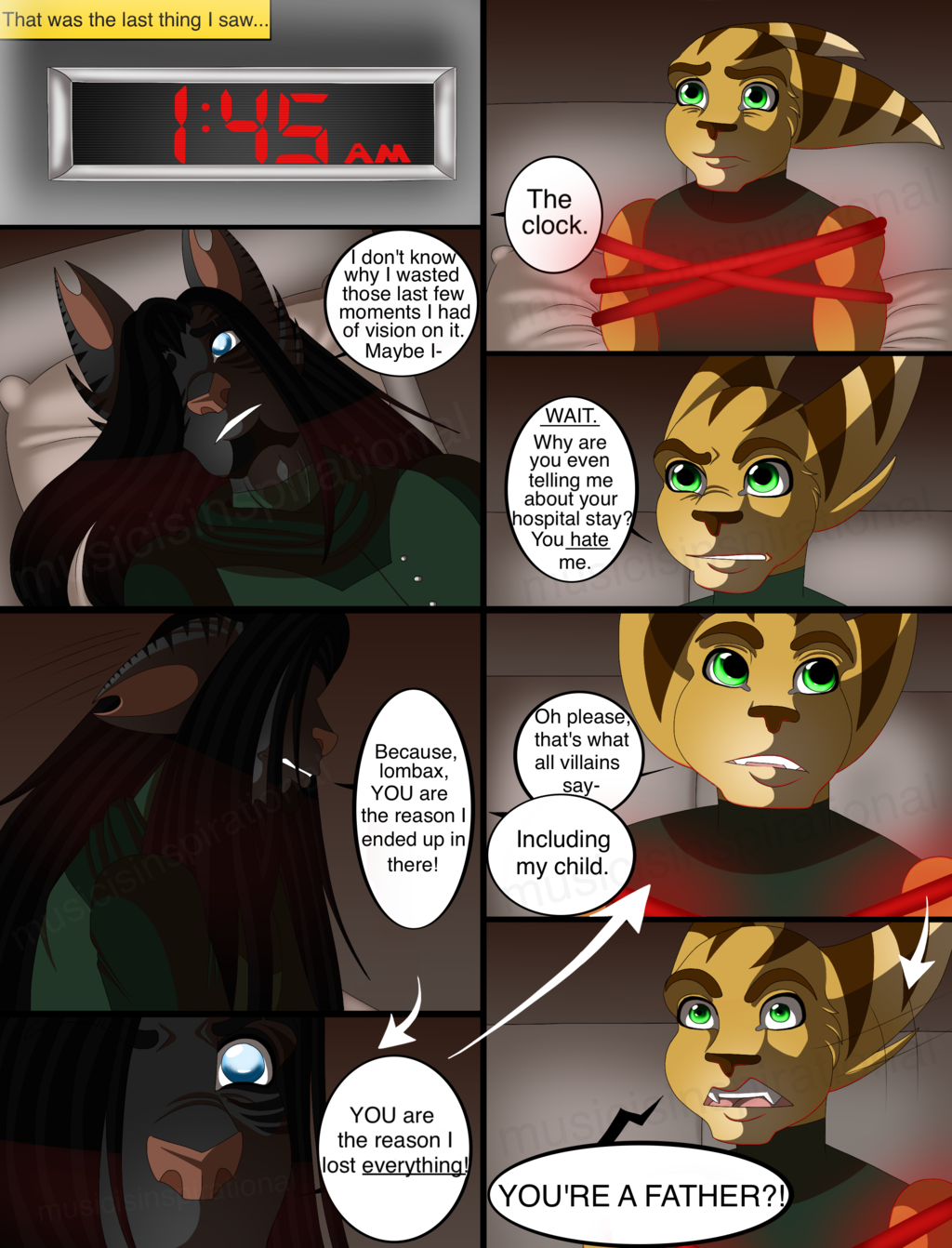 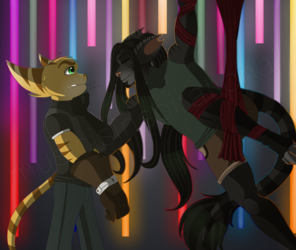 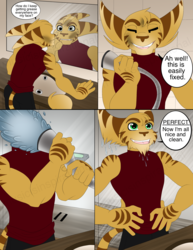 I think this is the first comic where I messed up on the paneling so badly I needed to put direction arrows lmao.

Remember that mini comic I drew of Milo getting shot in the face by a drophyd? Here he's basically venting about his experience in the hospital afterwards in the beginning. The last thing he ever got to see before his eyes became completely useless was the clock in the critical care unit. It's always something he will never forget.

Of course Ratchet feels...incredibly awkward at being told all this since the two pretty much hate each other lol. But what really surprises him? Learning Milo actually was a dad before he became evil. Honestly I love his face in the last panel, I think that's the best I've ever drawn him lmao.

I know this has been kind of a more boring comic but it needed to be established that Milo told Ratchet his child existed. Because when I introduce Carmen he's about to meet Ratchet himself. As for why Milo blames Ratchet for losing them? Let's just say it's connected to his near execution by the drophyds, and I will reveal the whole story of what happened in Carmen's storyline.