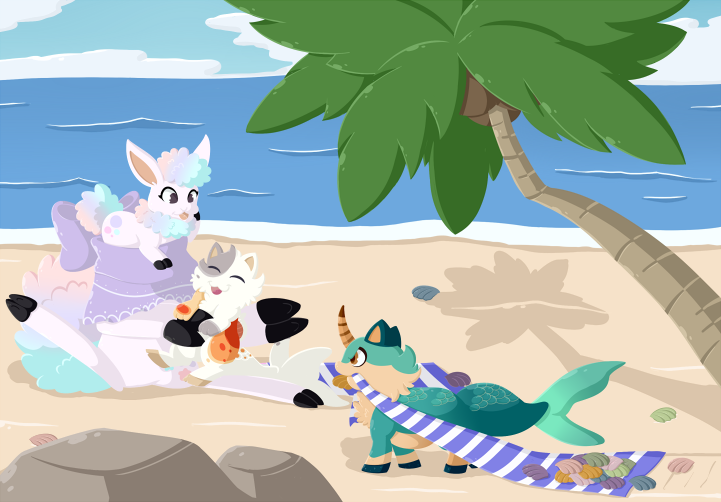 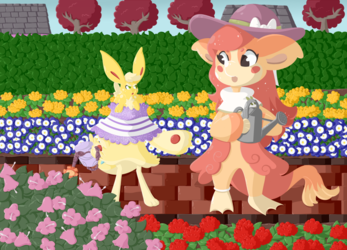 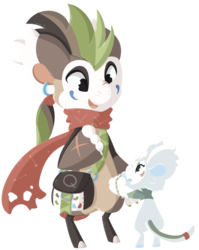 Tiffany, my sheep Bavom, just went to the beach to do some sunbathing, maybe play in the water. She didn't expect to run into Pixis Capi and Rise. She got that they wanted to get shells by their hopping about and gesturing and came up with using the blankets she brought to carry them. She quickly became bored with what definitely felt like work and was happy to accept Rise's attempt to get belly rubs by flopping on his back. Capi is less distractable and actually interested in gathering those shells, so he's not what you would call thrilled with Tiffany and Rise's goofing off. While he's got a blanket full of shells being dragged by his mouth, he's not above voicing his discontent with the pair! Tiffany'll tell him to not worry about it, the shells will wait. Capi is definitely going to end up doing most of the work, oops. XD