Home At Last [Skein] by galacticpink 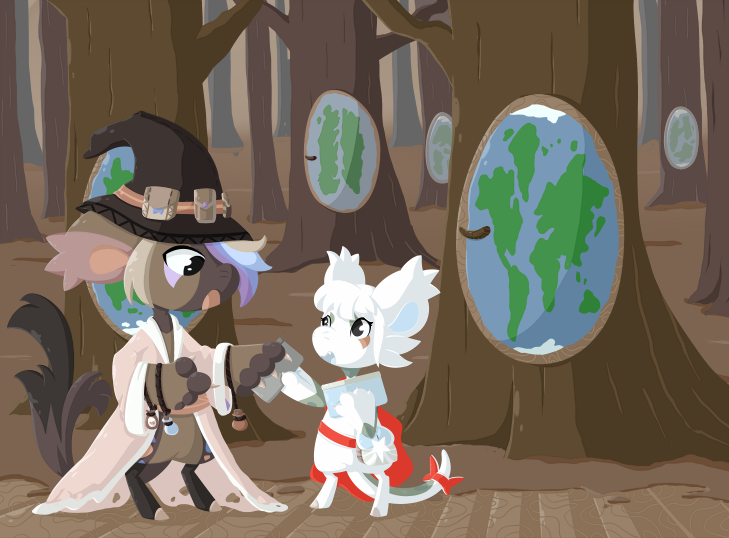 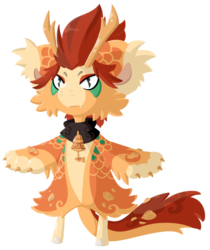 Skein didn't spend a huge amount of time in the human world, but it was long enough to develop her fondness for JRPGs and end up with a portable console and a small collection of video games! Before she went home she obtained a console that had colors she liked more and gave her old system to Fabian (along with a copy of her favorite game) to show what had inspired her!

The two consoles confused the wizard and she had to explain that the blue one was hers... she then promptly apologized for being rough by jerking the console close to her. She was totally worried he was going to insist on all the stuff she brought back (totally unnecessary, Fabian's a cool dude and she already gave him what he asked for).

Skein enjoyed some of the media in the human world, but she's super grateful to be back. Griffia is much better than Earth as far as she's concerned! ...Although sometimes she wonders what new releases have happened and totally plans to return some day to buy some new games. She may not play as much as she used to because she has stuff to do around Griffia, but she did catch the gaming bug and even games with good replay value get old eventually...

PS - Oh my gosh Skein is so short next to Fabian. I put him at the exact middle of what mythiflora Bagbeans can be (not his official beanotype but that tail), but Skein's a smol 54 cm so haha! Their height relation may be out dated at some point since there's no canon height for Fabian yet. :D