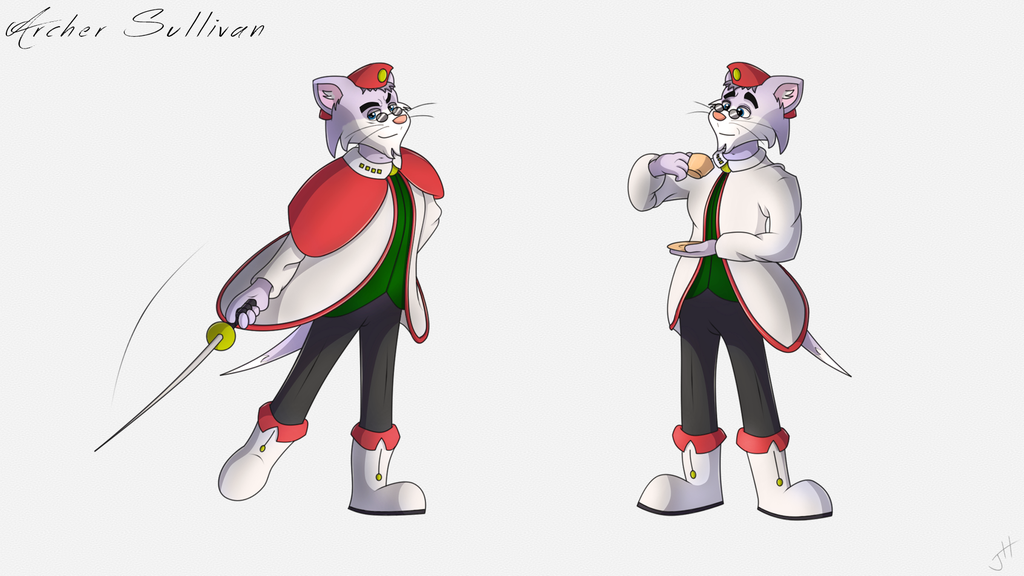 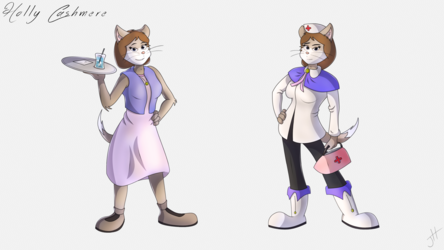 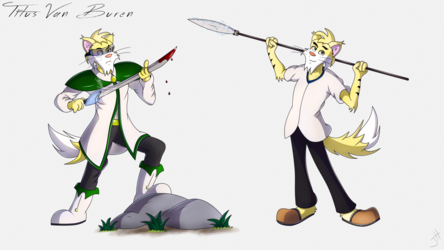 I'm resubmitting this because it's quite a refresh of the original scribbled concept. I think Archer is my favorite character that I've designed so far, and I wanted to give him the full treatment. All of the characters will eventually get refined, but this is one I'm most fond of.

BIO (for now):
He's a high ranking military officer (Commander actually lol), and has acted as Enzo and Arlo's father figure since their dad was killed 20 years before. He's practically family. Archer is a strategist, cool-headed, has good taste, but is a bit OCD, which may actually benefit him when he's commanding in battle. He puts up with a lot of crap from Arlo since Arlo constantly sees him more as family than a superior officer.
Anyway, here's the current version of him, and one that I'm actually happy with for now. :D