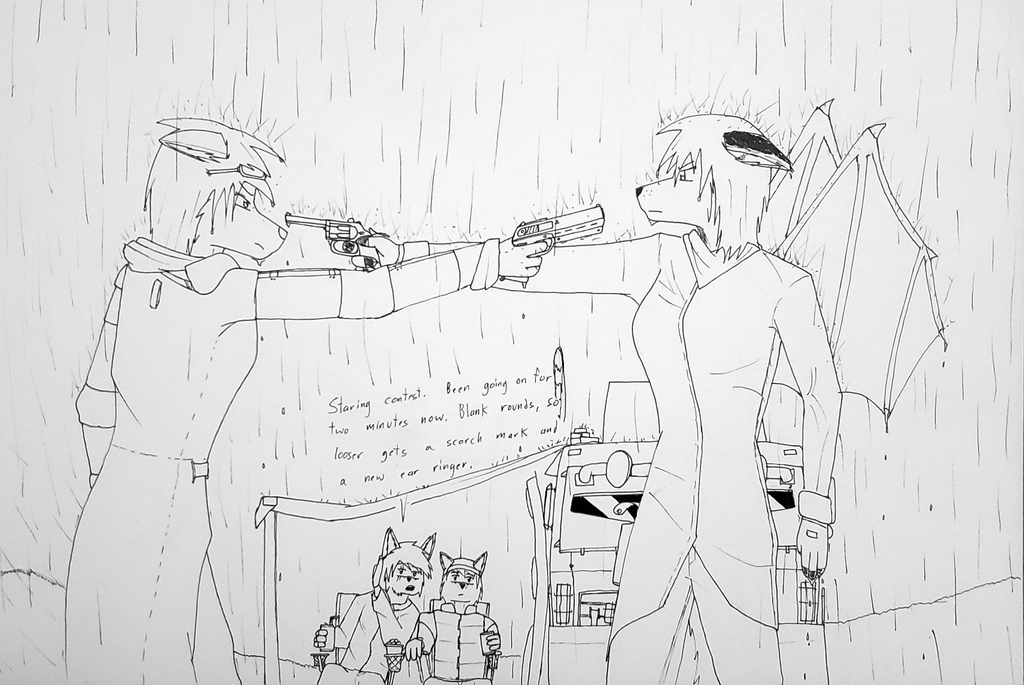 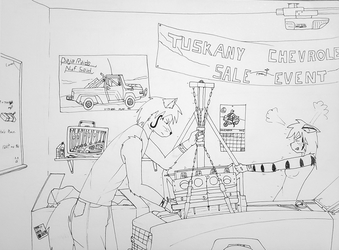 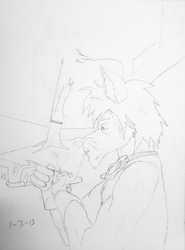 HAH! I used to think blanks couldn't hurt you! At that range you could get seriously hurt, or killed.
These four crossed paths at an outpost and 'Rose gave Terry a dirty look, as she does with anyone. Terry didn't like that and took it as an advance to conflict. Some yelling and colorful language ensued, so Donavik gave them both blank rounds and convinced them to a to-the-death style staring contest... somehow.

It was a silly idea then, and it's a stupid idea now. Also Tekky is there because he just happened to be there. Hooray for inserting one-self into the plot of your other characters' story!