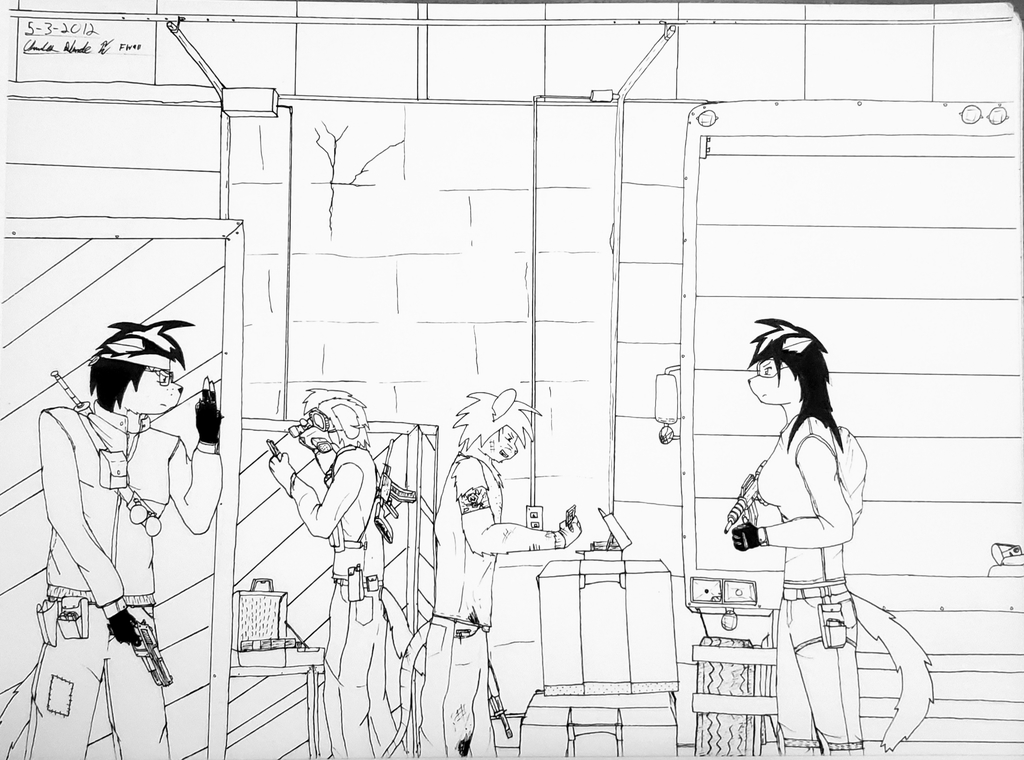 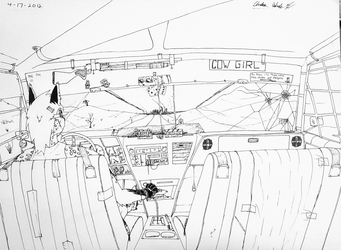 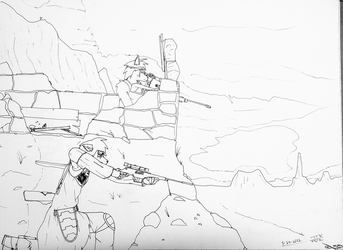 It's two for-hire operators getting ready to take down two drug dealers after they pulled a big hull, and they are not appropriately geared up for this at all because I didn't think bullets hurt back when I drew this, or something like that. It seemed cool at the time, then I played Tom Clancy games and have frowned at my old militarized pieces ever since. RIP

No plot, no character development, no names. That's how Dagger team likes it.

Another boring slow day, and after getting infamous 2 a few days before I had fallen in love with the destructible warehouses. You can't get that much interactiveness in a game anymore. Yes some games have nailed it, and on the opposite end some haven't even tried it. The moral is if you wanna add something, make it right, and so far, warehouses win.

Short story long, these two fuzz butts from Dagger Team are hired by the highest "authorized" bidders to go on take-down, execution, and spec ops mission granted they have at least a few contact. Anything else is independent. Imagine the plot line for Expendables 1."