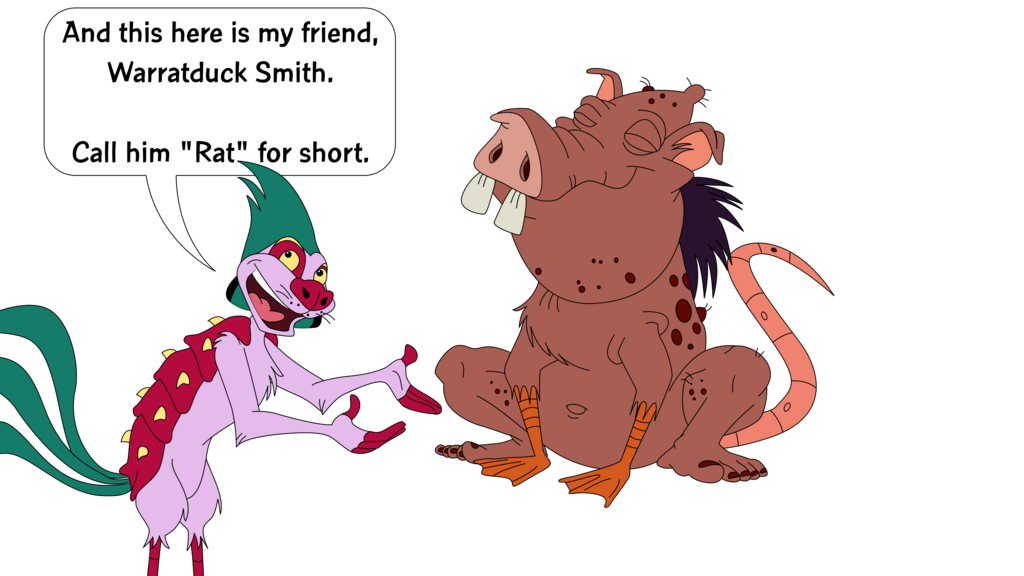 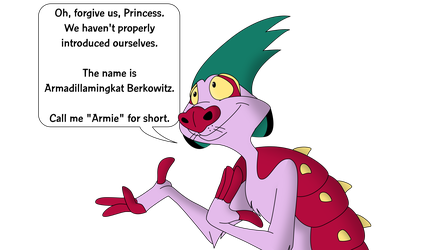 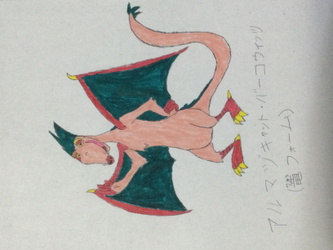 Just as the full title says. Continuing from my previous submission, one of my Lion King OCs, Armadillamingkat Berkowitz (whom is based on his father Timon's monster form in the episode "Monster Massachusetts"), introduces his friend Warratduck Smith (based on his father Pumbaa's monster form in the same episode), to an off-camera character. This is for a future project.

Armie and Rat's character designs are based on what Virginia Hawes drew for Timon and Pumbaa's monster forms in the episode.

Note: The Lion King and The Lion King's Timon & Pumbaa are copyright of The Walt Disney Company. Armie and Rat are characters I created through inspiration.