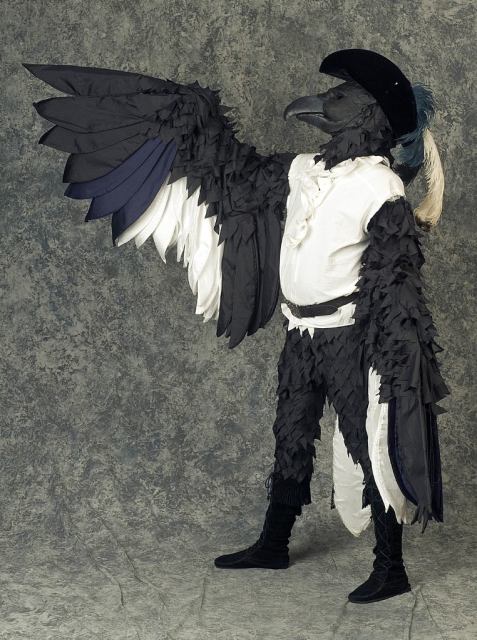 Okay... I am going to give this another go.

Further Confusion has now published their convention schedule at http://sched.furcon.org/

All of these are the official con events. There used to be this fantastic thing called myFurCon where you could schedule your own events so that other people could see them. This was great for arranging group photoshoots for various costume groups; all costumes by a particular builder/studio, all costumes fitting a particular theme (blue, black & white, sabertoothed, birds, etc). Also, other groups could see when there were particularly busy times, so they could pick a less busy time. It's frustrating wanting to go to two different photo-shoots in two costumes only to have them scheduled at the same time. For example, after the MFF Fursuit Parade, there were at least 7 different photo shoots for various builder groups all happening at the same time!!

And I always seem to miss the photoshoots for groups that I'm interested in because word-of-mouth only goes so far.

So, I'm trying to do something about that.

I've started a public Google calendar that anyone can subscribe to using the ICS link below to help people plan photo-shoots.

Of course, this is not going to be possible unless I actually know when these photo-shoots are going to happen, and other details. To submit some photo-shoot details, fill in the form and then I'll update the calendar.

Calendar HTML: http://goo.gl/MzjeKL (shows you the calendar on a webpage)

Calendar ICS: http://goo.gl/QmwwnZ (this is something you can subscribe to with your own calendar application)

One thing that I need to make clear; this only becomes useful if people actually submit to it!

If you read this journal, and you're not a builder, but are a costumer and you know that there will be a group photo that you're going to be involved in, please PLEASE tell people to submit to this list!

Even if you're not a costumer and see someone announce they're doing a shoot at the con, remind them that this list exists!

I would love for this to become as valuable of a resource as I believe it could be for your personal convention planning.