Most recent: Frostcat's Voice Journal: Back Into the Swing of Things 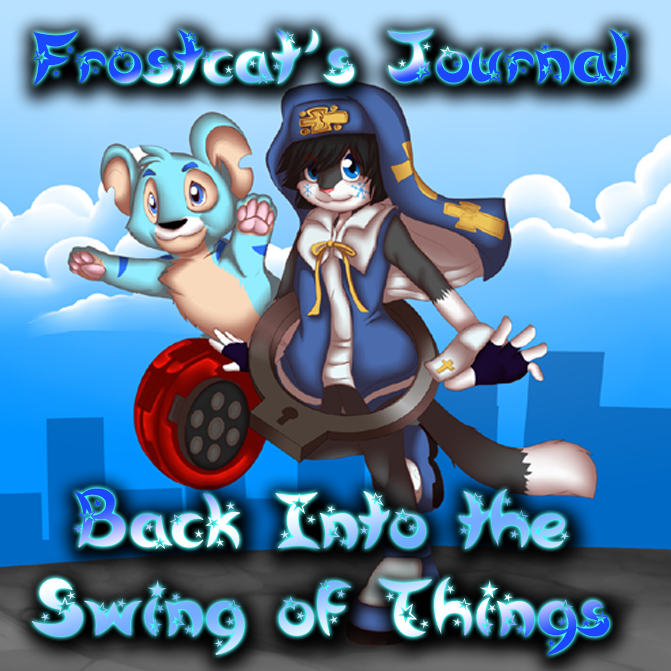 Kitty Update: A Delay, A Chance, and An Effect.

What's going on everyone? Christmas time if getting closer as well as something else too...but that one is nonexistent anyway. :P Unfortunately there will be a small delay as far as getting my new computer is concerned. Granted having the right one to actually start creating things would be fun to get now, but I think it's best to get the things required before taking that step.

So far I've made an awesome deal on that pendant that I wanted so badly. There's also the matter of getting the ball rolling on the special idea I had. Long story shout, unless I can get extra money out of freakin nowhere, I probably won't have the computer until sometime February.

Meanwhile, I'm finally able to get a Weasyl account started and so far it looks really good. I think that it's a combination of all three sites if you think about it. SoFurry's layout and reply option on shouts, Inkbunny's pools and user friendliness, and FA's similar layout as well. Granted I believe that cub art is okay as long at it's not cub porn. What that relates to as far as the official characters from video games and cartoons is not certain though. Still, even though Weasyl has the FA rules and all, I believe the admins are just as cool and friendly like Inkbunny's. That being said, this could be a big chance to get reacquainted with a few old friends from FA should they so to Weasyl too.

With everything else slowly coming together, it's still amazing on how much of an effect one can have on other people's lives. I mean, I'm only doing things that I like and that I learned from my family as well as myself. I can only be me, a positive and outgoing person/feline. A few days ago, my son Frostcat Jr. was able to finally contact me, and I slightly knew that he was going through some troubles this past year. But I'm glad that he's okay now for the most part. The thing that gets to me is that he looks up to me. I helped him through the beginning when he was labeled as just another fraud copying my name. But unlike everyone else, I allowed him to do so. I practically did the same thing with Jay Naylor's Fisk Black. So why should I be any different right?

I've inspired him to create music just like I use to do, and still plan on doing later. If I haven't been there to talk to him about how the fandom basically works and what to expect, I'm pretty sure that he wouldn't have any awesome equipment and slowly making a name for himself. Another moment happened yesterday.I was simply doing laundry when I ran into a neighbor. We had a short conversation until all of a sudden she recognized the Sonic and Tails hoodie that I always wear. "Oh, you're that guy with the awesome light staff? That was totally cool. Seriously, I was having a really bad day and when I saw you from outside, that really made the rest of the night worth it."

It's funny how just doing everyday things along with your hobbies and talents and people actually praise you for it. That also made me think back to my old jobs, furmeets, and my family. My ultimate question while remembering all of those moments..."Do I really have THAT much of an impact on everybody?" It's simply incredible on how one can simply change a person's life by doing something that you love doing. If I have made that much of an effect on people's lives, then I'm not going to stop being myself any time soon.

*More to come from this cat soon*