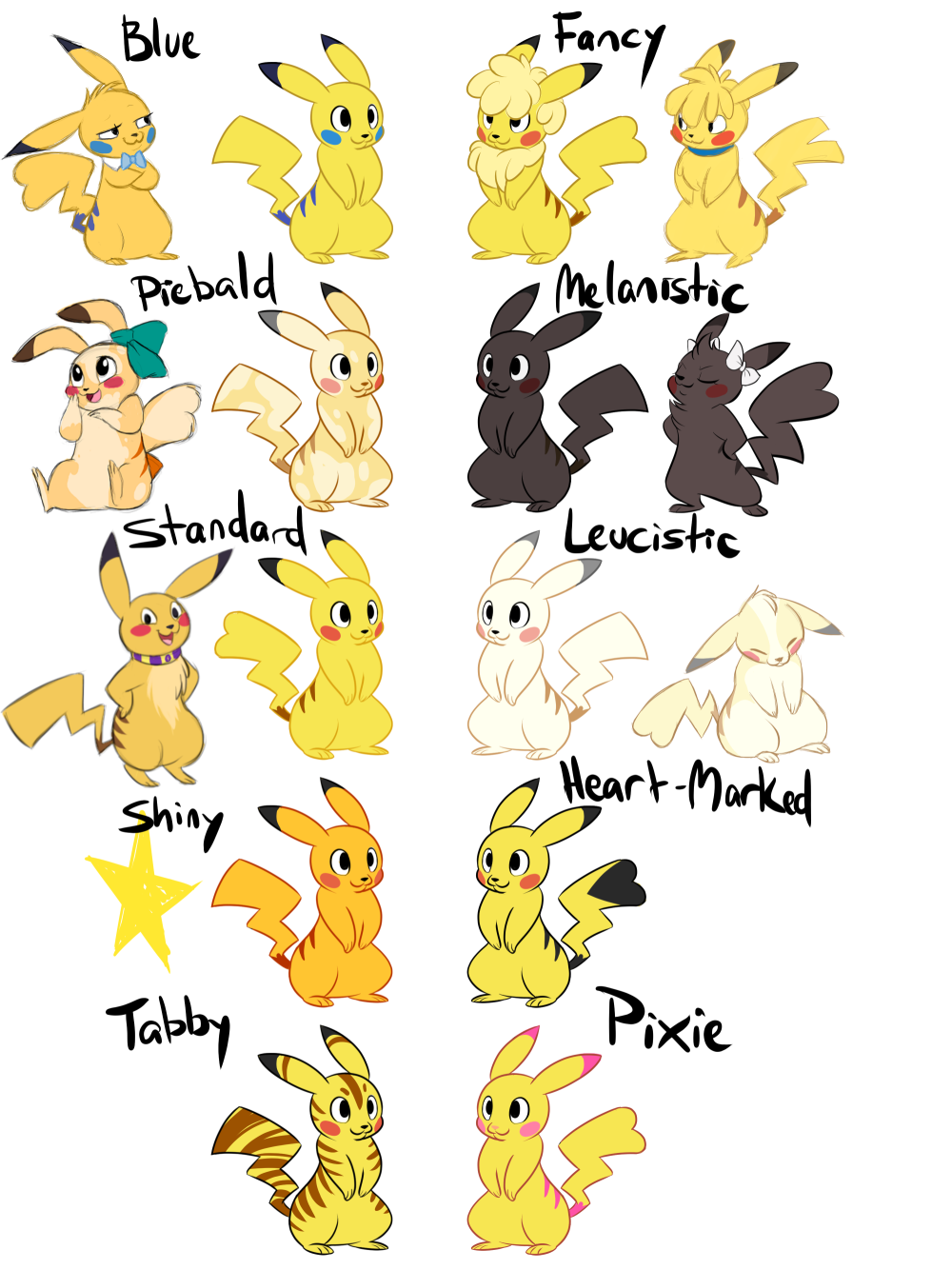 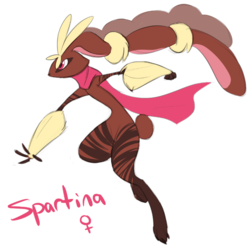 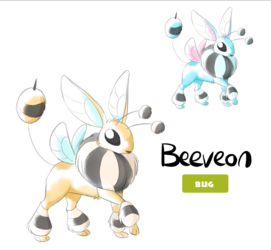 Most of these breeds can be achieved through various breeding, and will often take on traits of the father, like Liepard spots, or Growlithe stripes.

Pikachu don’t just come in plain yellow either. Their fur can vary in different shades, to being more orangey, or an electric green. Sometimes they’releucistic and very white, or melanistic and very dark.

They typically have two stripes, but can have them covering their entire body.

You can even breed different ones and get combined traits. But other than that, they aren’t different from your Standard Pikachu.

Some of them do require specific parents.

Shiny (or Raichu-Colored Pikachu) is naturally through luck.

Breed: Fancy Pikachu
Physical traits: Thick curly tufts of fur on their head and chest.
Info: Like the Heart-Marked Pikachu, Fancy Pikachu bred specifically to show and to be pets. They’re the most domesticated of the pikachu breeds.
Father: Cinccino, Flaafy, Meowstic, Bouffalant, Growlithe.