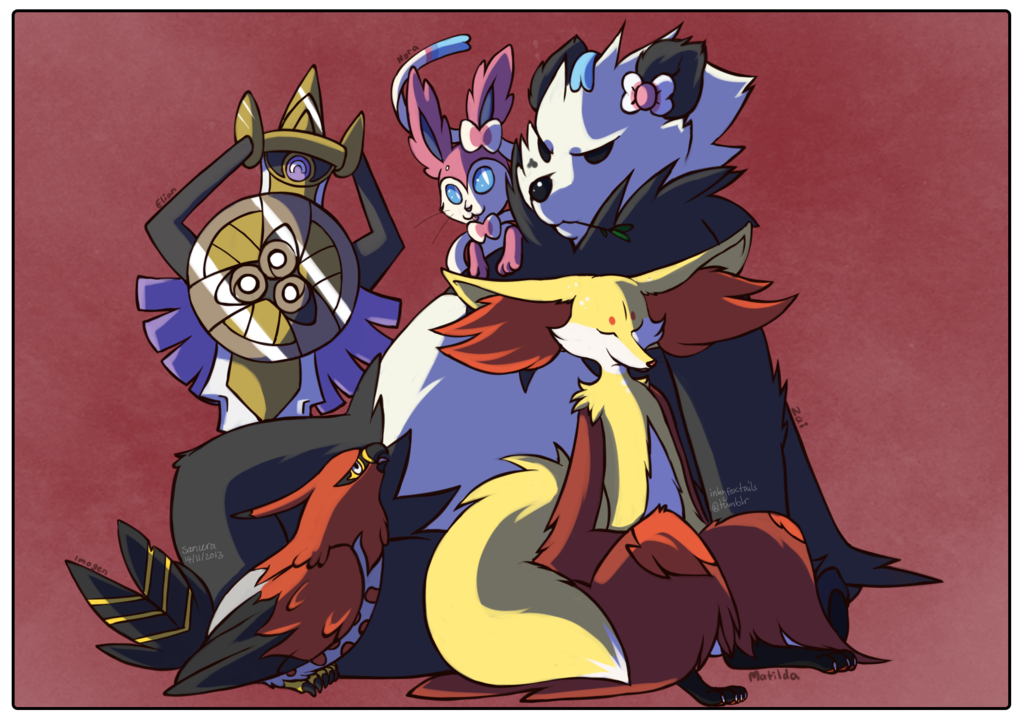 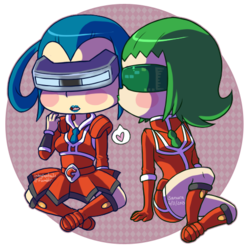 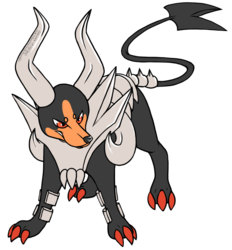 (Posted on Tumblr! Please do not repost anywhere!)

Drew my X team last year (as in the team I first finished the game with).

Matilda the Delphox. She’s the most reserved out of the team, often relaxed and level-headed. She has amazing patience and it’s rare for her to lose her temper (just don’t take her stick).

Zai the Pangoro. In battle, she’s a brute, but when she’s not, she’s kind of a softie, especially when it comes to Nyra. She’s very close with her and even wears a bow that she gave her (even though she’s not a huge fan of wearing bows).

Nyra the Sylveon. Kind-hearted and loving, Nyra is affectionate and loves to cuddle with the other Pokémon. She’s particularly close to Zai, giving her a “friendship bow” as she calls it.

Imogen the Talonflame. A bit of an attention seeker, Imogen likes to show off her aerial skills and loves it when others focus attention on her. She’s also proud and gets rather sulky if she loses a battle… or no one pays attention to her.

Elian the Aegislash. She can be cheerful, but she’s also the most serious of the team. She’s confident, stubborn and may get upset if she loses a battle (similar to Imogen).

I’m not very good at writing out personalities and such, haha. And yes, I only had five as I had to use a HM slave (and they don’t count).