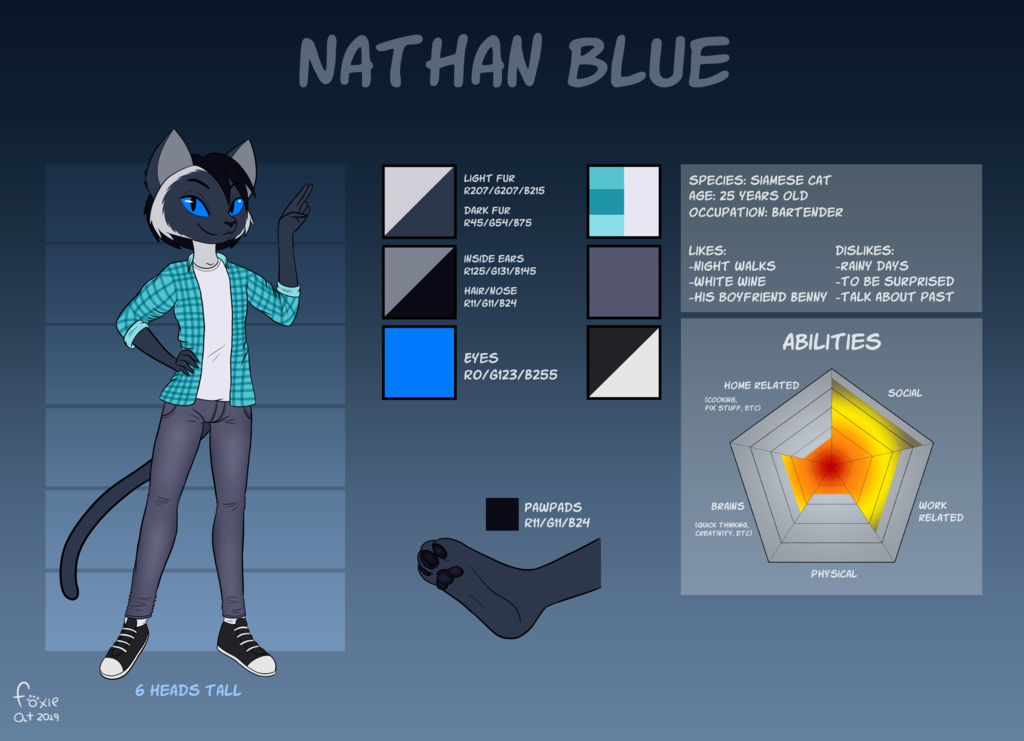 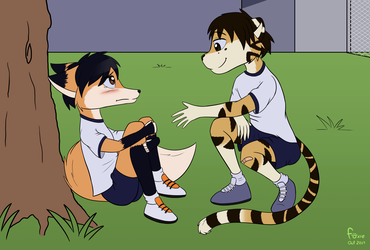 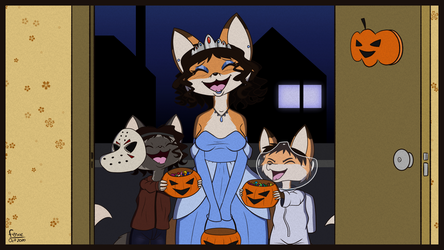 Well… Do anyone remember of this cat? Don’t worry if you don't remember. I even had forgotten about him… ^^; Basically, this is Nathan (or Nate, how his friends often call him), and he’s the Fabrizio’s best friend. They grew up together since 10 years old, studied together and such. His surname ‘Blue’ came from his mother, former theater actress, who did use it as stage name.

He is quiet, calm, kinda grumpy most of the time (although he barely shows how he is feeling) and often speaks with tones of sarcasm. In addition, he can sound a bit self-important sometimes (one of his most frequent phrases is "of course I’m the best. I’m a cat, after all"). Even so, Nathan has a "cool guy" side, being as kind and lovely as he can (at least when he wants to be) with Fabrizio (who, because a series of events, became the feline’s roommate) and with his boyfriend, the white rabbit Benny. Although he usually likes to be alone, Nathan is very sociable, and his job as a bartender gives him the perfect opportunity to meet people and make contacts (that’s how he met his boyfriend).

Nathan is also openly gay, but not the effeminate type (actually, he hates his kind of association, as well as almost every popular stereotype associated to it). Even so, he’s very comfortable about his orientation.

Design-wise, I think I can say he is kind of a "Rule 63" version of an old character of mine, Amélie (who also happens to be a Siamese cat; I’m not drawing or writing anything about her anymore, though. I actually ended using a variation of that name for Nathan’s mom, Amelia Blue). Basically, almost everything in his design came from her (from the color palette, which is almost the same, with a few changes, to his markings). I just had to work on his "attitude", working on his expressions and gesture. Like most of my characters, the structure is 6 heads tall, although, proportionally, he’s a bit shorter (about 1,65m tall, or approximately 5’5" tall). The only guidelines I used for the development were that I wanted him to be slim, agile and sly.

Oh, and a quick trivia. Although he works preparing drinks, the only thing he can make at home is coffee (and he cooks very badly. Although not so bad than Kiara xD).