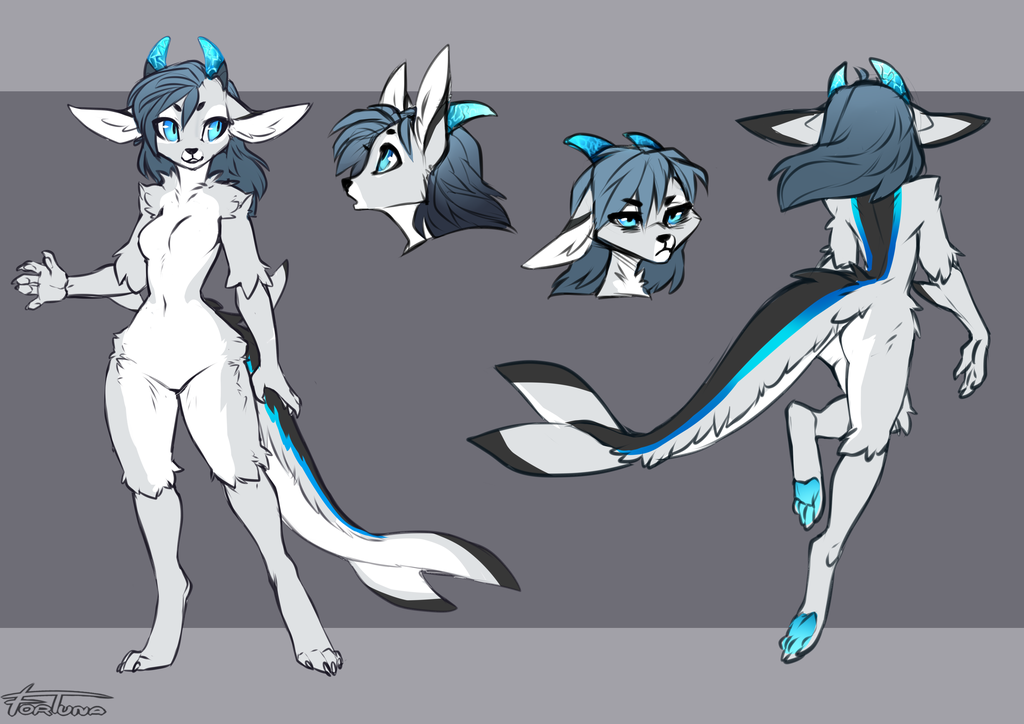 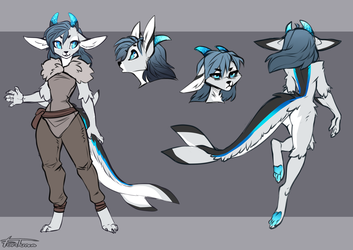 Anise was summoned by Serina Frosttail, under the guidance of the elder shaman of the village to serve as a traveling companion and forager after Serina left her village in the frozen tundra.
The reagents used make her well adapted to freezing temperatures, allowing her to fish in the freezing waters of the tundra.

Anise's got relatively short horns, tipped off with a section of magically created ice.