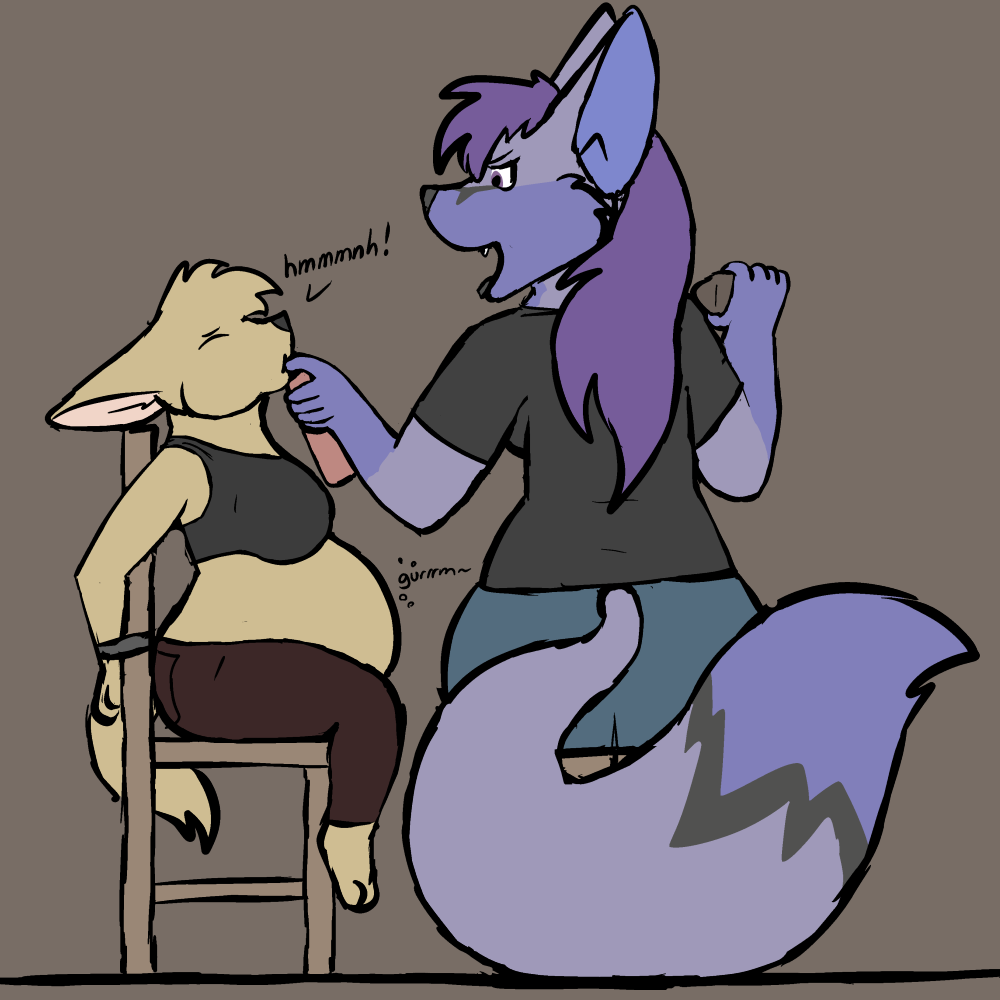 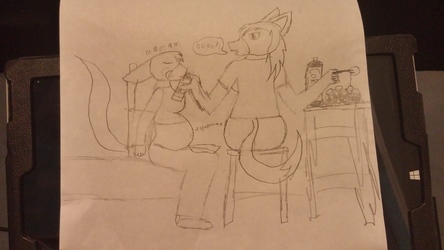 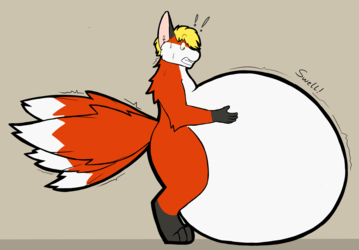 Julia wiggled in her chair, spreading her legs a bit as the bigger vixen pressed the nozzle to her mouth again. She felt her cheeks fill and forced herself to swallow as her stomach stretched out in front of her, groaning as she kept forcing herself to swallow and swallow.

"That's it little girl, keep it up and maybe you'll be grown up one day!" The teenage vixen said to her peer. Julia wasn't a kid, though her species' was commonly much smaller than others, and was teased often for it. Maxine, the other vixen, would have felt a little bad, if she hadn't known Julia for bullying food down other people's throats.

This is a redraw of an old thing I drew seven thousand years ago.
Original: https://www.weasyl.com/~forktailedfox/submissions/1584574/julia-force-feeding-original