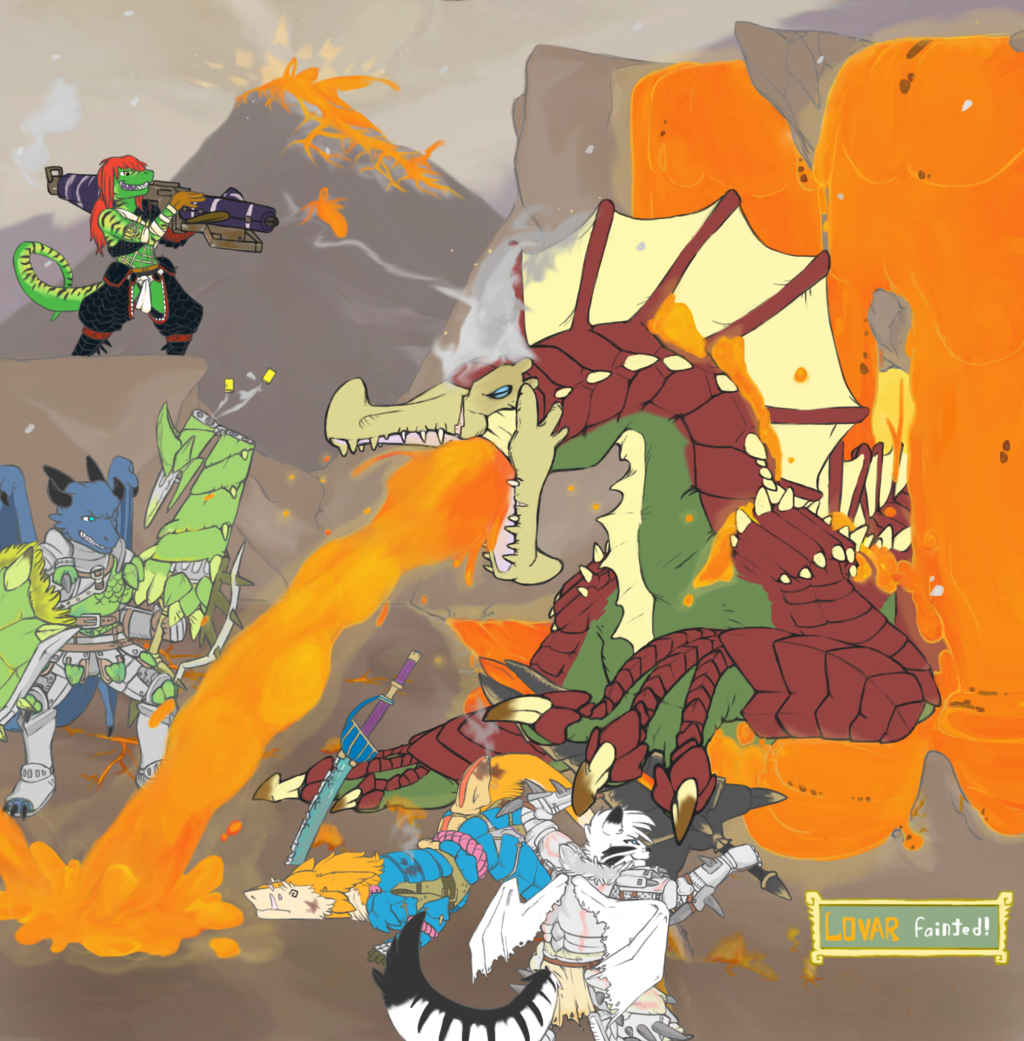 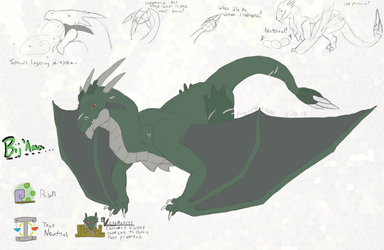 Four brave hunters chase down the powerful beast living in the volcanic isles; the nest of the Great Agnaktor!

Though his size is hardly impressive, this beast has been listed as a high priority target in the hunters guilds in three countries! The best of their regions have been sent together on a cracked squad to see the beast brought low, so that expeditions to the island for its rare minerals will no longer be a battle with the severe terrain and a fight for survival!

A YCH I hosted on Furaffinity to celebrate the release of Monster Hunter 3 Ultimate!