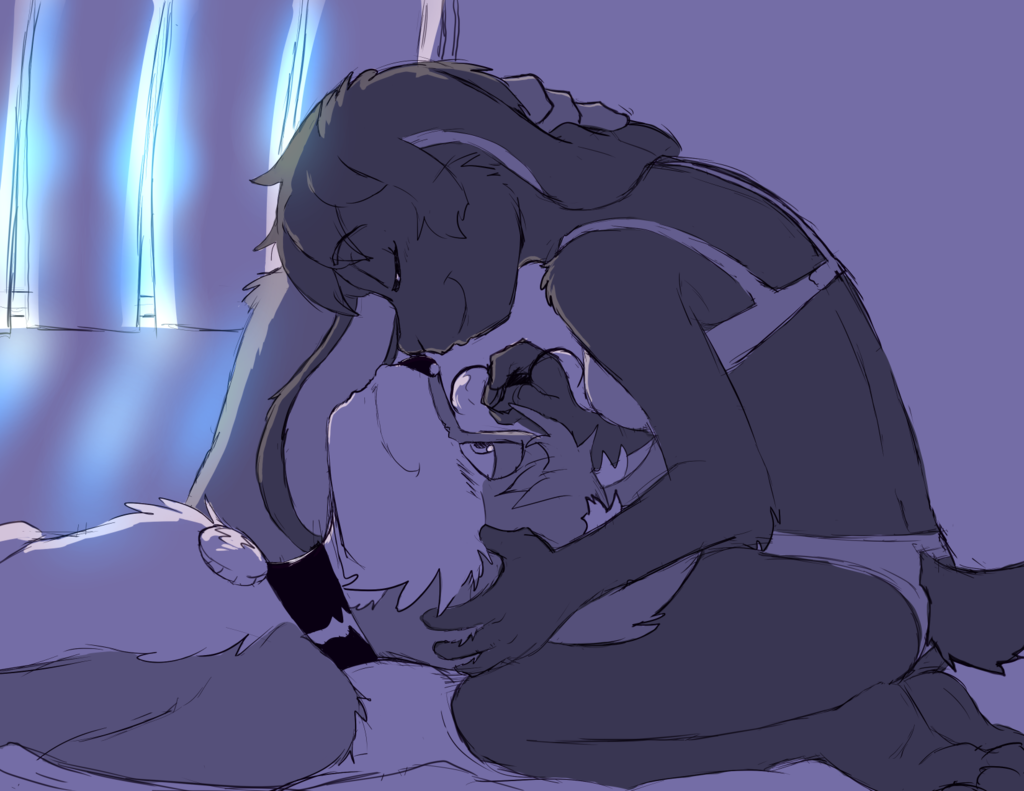 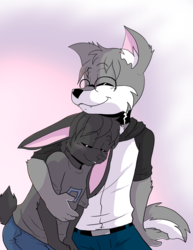 He awoke slowly, groggily, as if not wanting to slip from the warm, cozy clutches of the oblivion of sleep. He couldn't see...! Why couldn't he- Oh, that's right. He turned, reaching for his glasses, and was hit with a pang of worry. Something wasn't right. He looked over the bed, glancing this way and that. What was missing here? He frowned, thinking...Then it hit him.

The spot next to him was empty, and he felt his heart drop. Had it all been part of his dream? Talking, laughing together, seeing her head hit the pillow next to him, smiling to him still as he dozed off. He sighed and held his glasses in a paw, staring up. He could remember her so clearly though! Her eyes especially...They always struck him as dazzling, unable to hold her gaze for long without feeling wholly self-conscious. Always so bright and vivid, he could even see them now...

He frowned and blinked. He could still see them.

She smiled down at him, her face suddenly coming fully into focus.

"I said hi, sleepy head." She giggled and plucked the glasses from his paw, grinning from long ear to long ear, both of them draped on either side of his head now. He'd not even realized his head was in her lap since he woke, the lapine staring down at him, playfully disapproving. "You sleep like a rock, Wuffin. I coulda drawn all over that cute face of yours and you wouldn't have even stirred."

He blushed, mumbling an apology, her grin growing wider as she laughed. He tried to glance away, but kept looking back up at her, feeling a paw stroke the side of his head. He murmured lightly, as if talking too loudly would make her disappear into the hazy light streaming through the window.

"How long have you been up?"

"Long enough Sugar. Its almost lunch time you know." He shook his head and chuckled, reaching up to gently pull her down to him, her eyes closing as they rubbed noses. A soft rumble grew in his chest as he smiled.

"I think lunch can wait a little longer then."

I had a lot of fun with this one. X3 I'm not sure what exactly sparked it, besides chatting with

strawberrymog a bit. Wanted to try for another tender scene with some more unique poses, and I think it turned out well.

I'm not sure what it is with me and these "Just waking up in the morning" scenes, this is the second one I've done now? XD laughs I guess there's just something endearing about them...I could feel my heart tugging at me a bit with this one, so I had to finish it as much as I could.