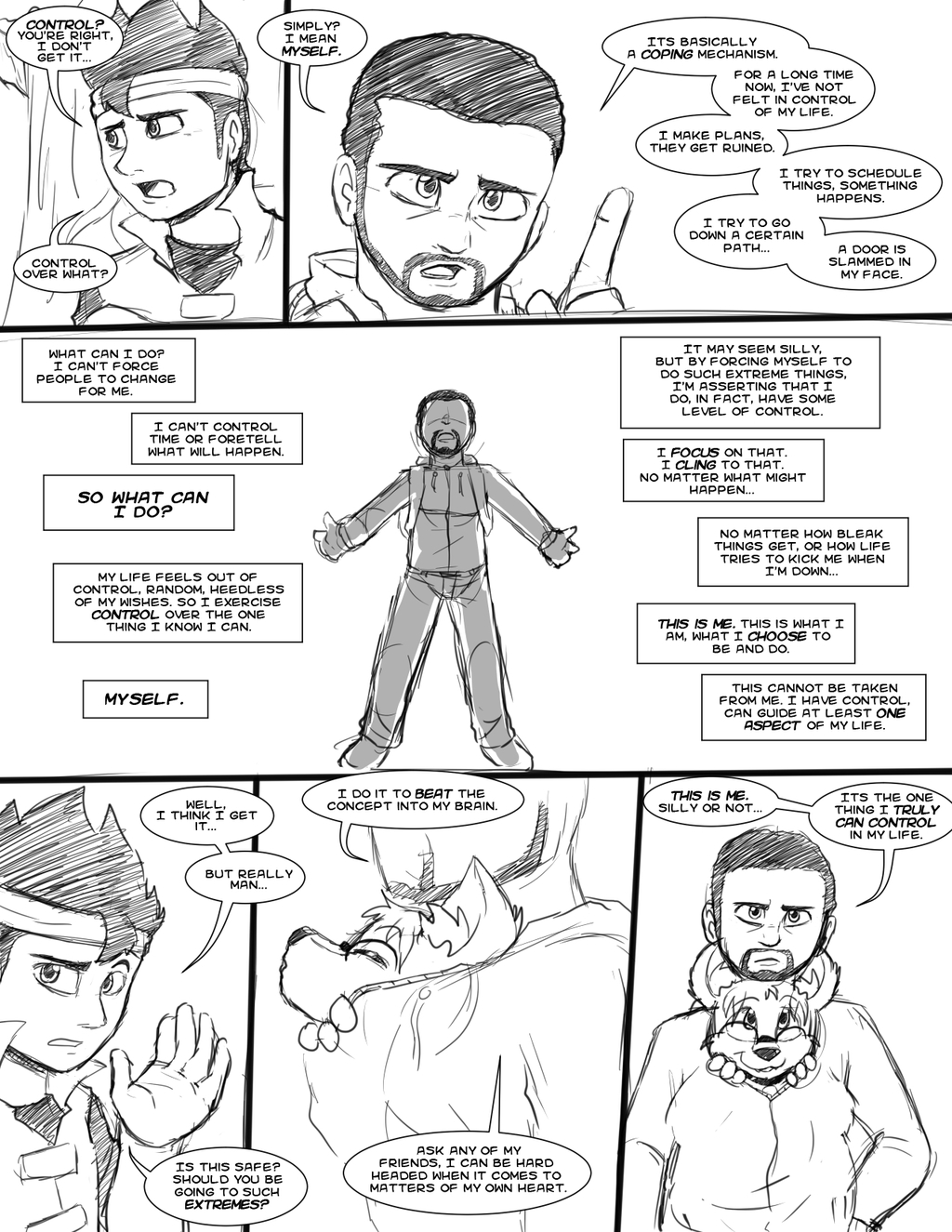 Folder:
In My Head « Older 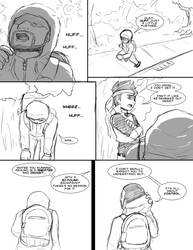 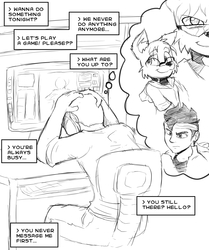 Okay, let me see if I can explain more clearly. This whole concept ties into my view of Identity, and human beings in general, which is a larger topic that I also have trouble putting into words.

Basically, lately a lot of things in my life have been falling apart. My older sister (possibly?) lying about my dad sexually abusing her when she was younger, my other sisters turning on my parents because of that, the fact that I don't think I believe her, seeing the pain of my parents as I'm the only child left that wants anything to do with them...Then my grandpa dying last week, and seeing the greed swell up among my relatives as they fight for his money and possessions.

This feeling of lack of control, of having no input on what happens in your life or what goes on, that's something I've felt for years and years now. I don't make plans for the future more than a week or so in advance. It never ends well. I don't promise people "Oh, we can play that later" or "Yeah, let's hang out on this weekend", because a vast majority of the time, those plans never pan out. Something falls apart, or a fight at home breaks out, or some other nonsense, and everything just...Doesn't work out. And I feel like a liar for promising it in the first place, and an idiot for thinking I had any control over what happens in my life. Why make plans when you have no power to make them come to fruition?

So, over time, instead of going crazy with the ground constantly shifting under me, I looked for what I -could- control in my life. What I eat. What I do or say. How I respond to situations. You actually have a lot of control if you sit down and think about it. You can sit in a chair and not move and starve to death if you really wanted to. You can force yourself to stop breathing. But you can just as easily lift an arm, pull yourself up out that chair. Go outside and breathe deeply. Close your eyes and feel the wind on your face.

That's control. That's what I was trying to convey here, just that I tend to do it in a more extreme way, because of the stress of what I have to deal with. Everyone else is acting crazy, hating each other, fighting family. I will not be like that. I decide what I do and don't do, and I choose, me, myself, I choose not to be that way. Not to do those things. I refuse to be duped by family I should be able to trust, forced to pick sides in a fight that might be based entirely on lies. I can't force people to tell the truth, but that doesn't mean I have to treat them like the scum of the Earth.

I hope this all makes sense. And thanks again for reading/looking at the random thoughts that pass through my head, haha.

control head identity in my self