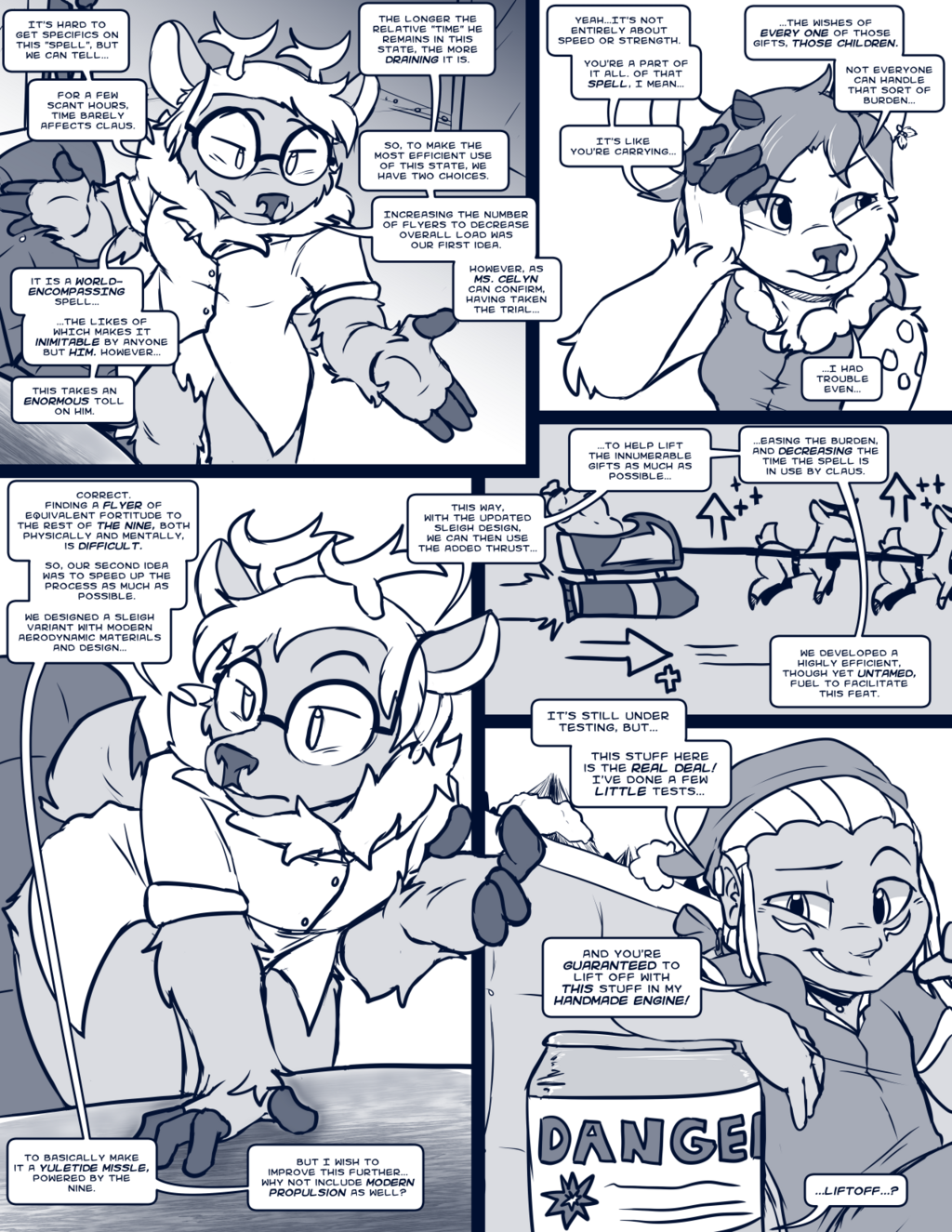 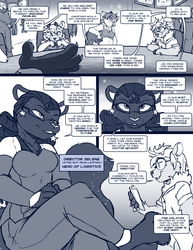 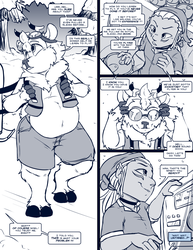 Doctor Nevada tends to get real wordy! It's hard not to when you're the head of an entire magical tech division. They get into the weeds a bit, but the summary is this: with an ever-expanding population, the old way of delivering gifts isn't gonna cut it for much longer! So their department needed to get...Creative. Even if the stuff they make isn't exactly up to snuff yet. X3

They're a lot of fun to draw! I wanna do more bits with them in it, haha.

BTW, "Nevada" means "snow covered/covered in snow" in Spanish. I guess as a noun it means "snowfall"? Either way, it's a fitting name for a magical reindeer in the North Pole!