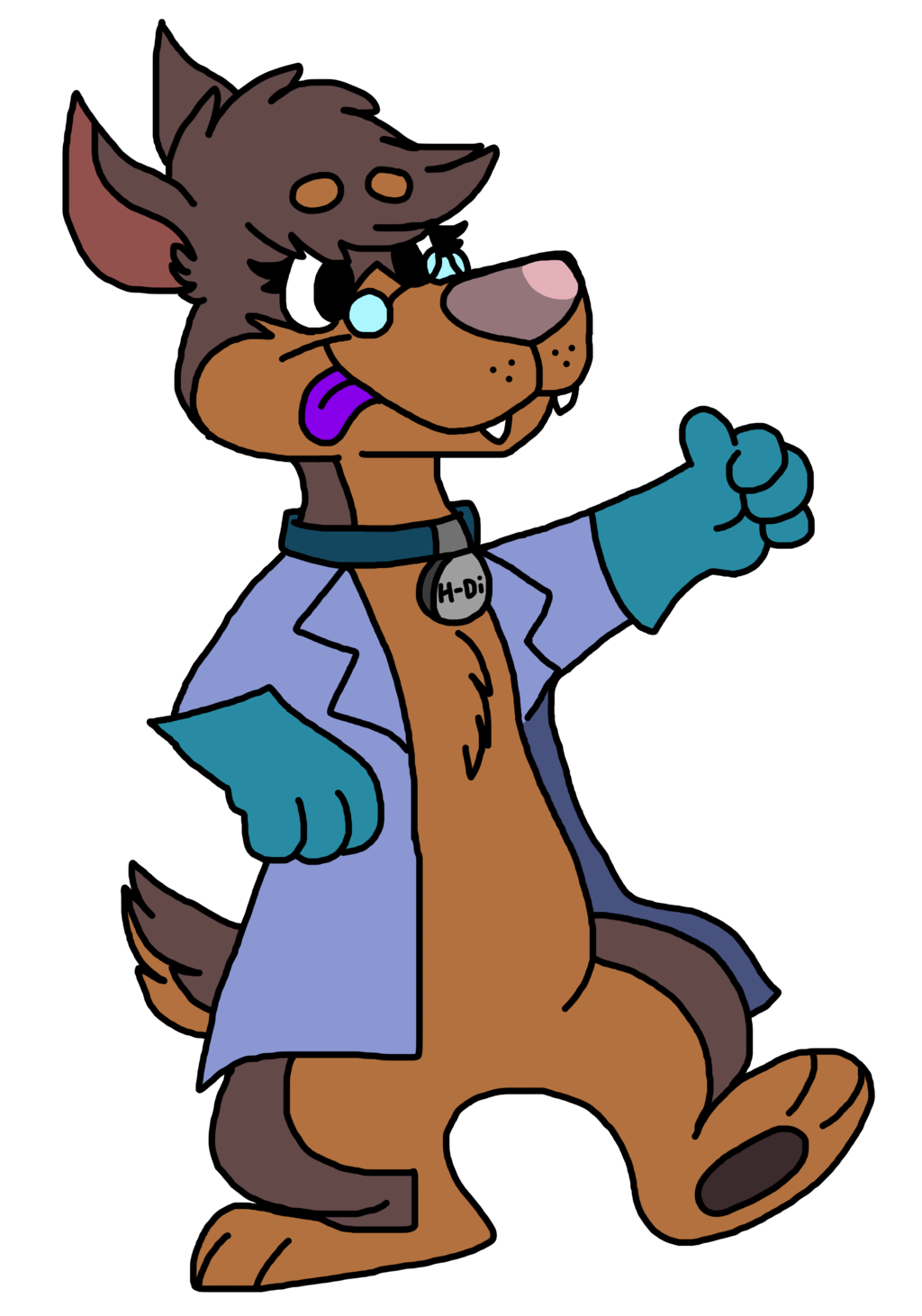 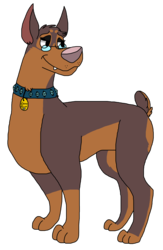 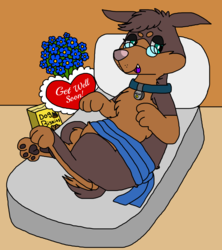 So, this was originally going to be Disney Style Di, but I said, "Her head looks more like Scooby-Doo than DeSo-- I mean, Colonel Doberman."

The rest of her I went artist freedom on, but that head, to me anyway, screams Hanna-Barbera. If she had a cartoon, I wonder what it'd be about. Let's see... Hanna-Barbera cartoons aired in the 60's and so, right? Hmm... Okay, that was before the 70's, so she's clear of the Doberman-bashing... WAIT. She's a girl. She'd be a wife or girlfriend. Doy, I forgot!
Well, I'd see it as one of those cartoons where he has to outrun someone every episode. I dunno who or what, but still. Maybe she also chases after Connor. I swear, one of those two are going to kill each other.

I knew when designing her, she had to be simple and smooth, because they got the animation budget of a ham sandwich back then.
Well, she looks toony, I'll say that. Maybe I'll nail that style one day...