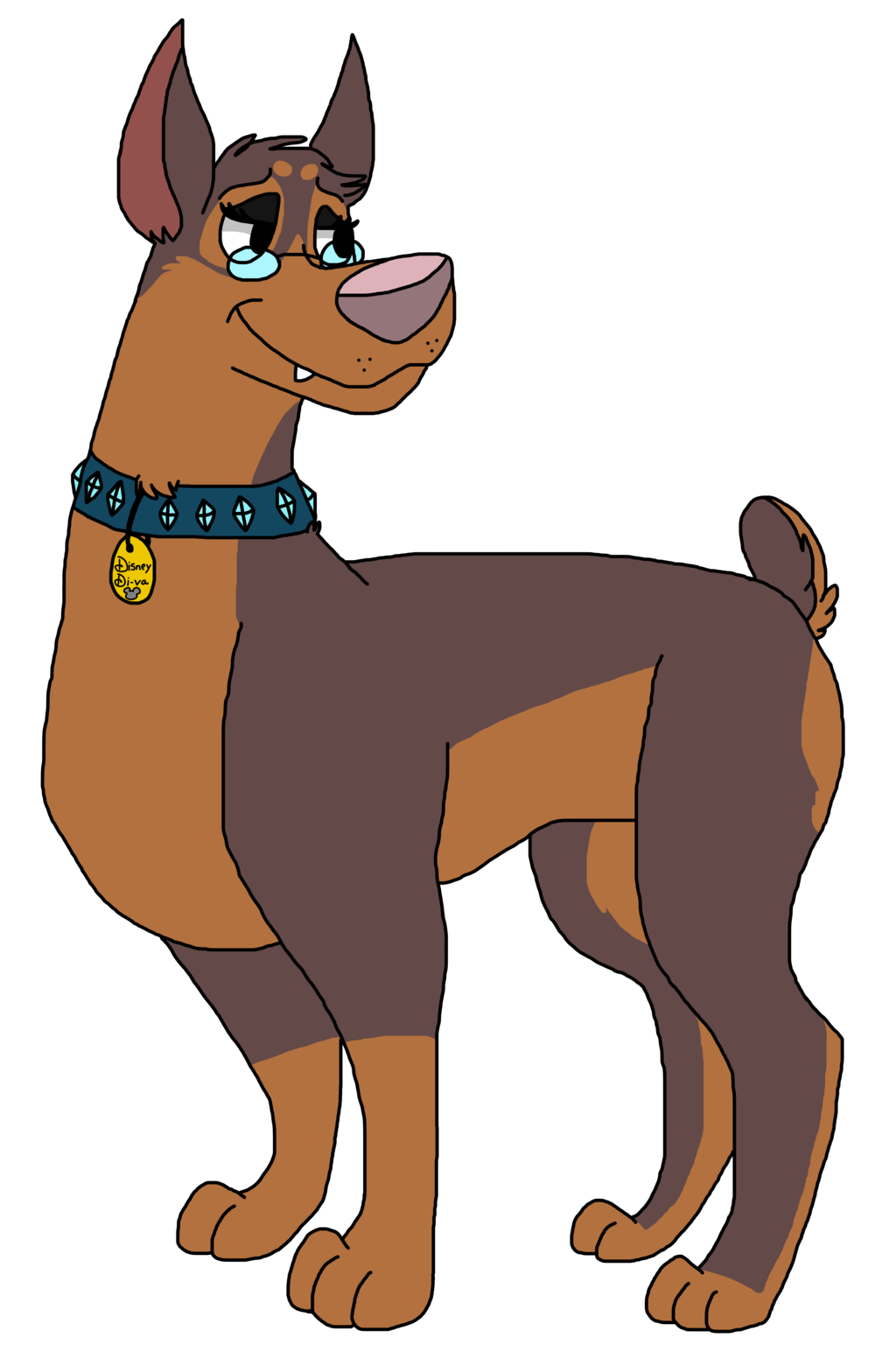 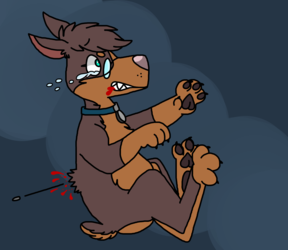 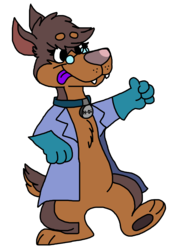 Back to the cutesy stuff... sighs

I drew Di in the Disney style, as much as I could, because I suck at replicating their style for some reason...
Honestly, this is kinda wrong, because Disney demonizes Dobermans so much. I mean, give me ONE Disney property, of any kind, that doesn't feature a Doberman as evil, a villain, a vicious, dumb guard, and they DON'T DIE. Only two positive Doberman portrayals in media is Eyes of an Angel and Bunnicula's "Vampire Rabbit Season". Both by non-Disney companies. sighs deeply
I don't get why the first minute they need a canine villain they go RIGHT for a Doberman. I mean, if it was a Pit Bull, everyone would roast them alive. But, if it's a Doberman, there's barely a cough.
But, you have to admit that Roscoe, DeSoto, and Buster are all hot. Mm-mm.
Edit: Okay, I found out there IS a positive Disney portrayal of a Doberman. Colonel Doberman: http://disney.wikia.com/wiki/Colonel_Doberman. Okay, Didney. You get 1 point. OUT OF A NEGATIVE MILLION.

Di hates being called DeSoto. Like, it MAJORLY offends her. Also, I didn't think of it until later, she kinda is DeSoto. booed and popcorned HEAR ME OUT
Di is a Doberman and wears a blue collar. Her twin sister, Teal, is obviously also a Doberman and wears a red collar. Hmmmmmmmmmmmmm... Very coincidental...
Edit 2: Di also hangs out with an Orange Tabby... I mean, he's not a kitten and she never tried to eat him (she thinks cats are too hairy and gamy), but still.

(OH GOSH, I HAD TO REFERENCE 500 DIFFERENT DISNEY CHARACTERS AND THIS STILL CAME OUT SUB-PAR SOMEONE HELP ME)