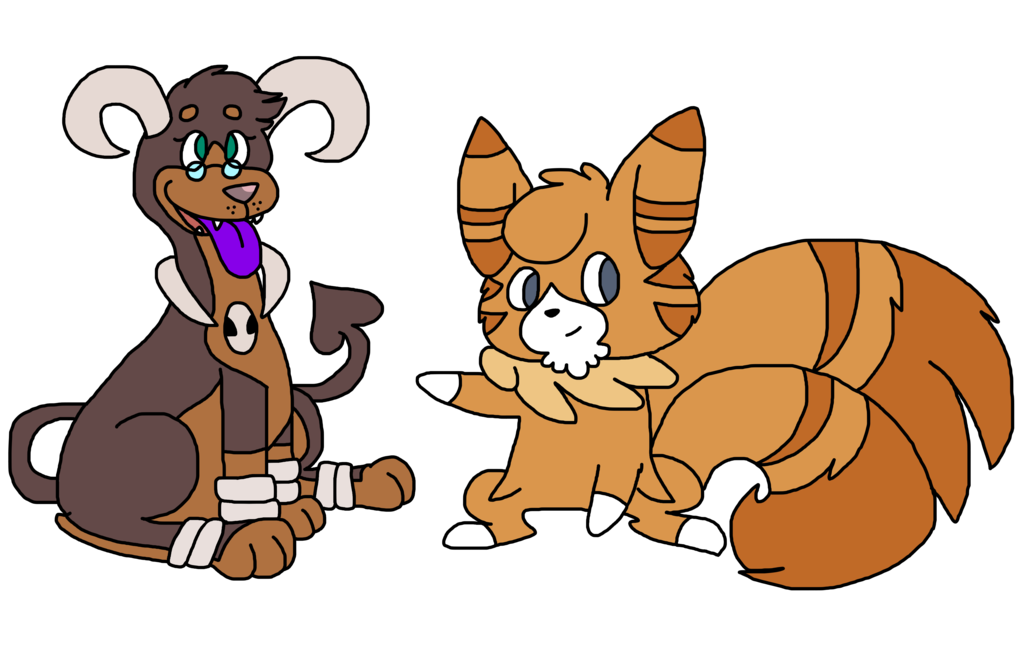 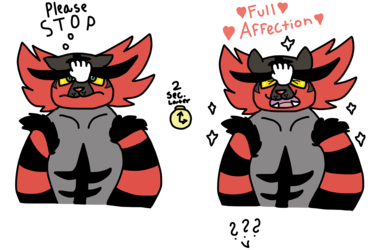 So, I finally finished this ancient picture of Di and Ben for Pokemon's Anniversary AND for Pokemon Sun and Moon dropping.
(It's old because Di still has her old design and Ben still has his old hair.)

So, on the long list of Pokemanz I love, in the Top Ten will always be Houndoom.
...what? They're Dobies, okay?! I FRIGGING LOVE DOBIES
PokeFan69: Aren't they based on Hel--
Me: HUSH
THEY'RE DOBIES
I also love Zygarde 10% Forme for the same reason.
PokeFan69: Isn't he also based on a--
Me: cocks shotgun THE HECK DID I JUST SAY BOI
Ironically, I don't like Houndour that much. I dunno, the design doesn't do it for me. They look more... I dunno... Terrier-ish to me. (Ironically loves the Lillipup line.)
PokeFan69: Wasn't Di one originally, then? Or did she just spawn as a Houndoom?
Me: ...
......
........
Okay, yes.
BUT SHE WAS A CUTE ONE

I love Di's doofy face, it's so cute... <3
(How does Di see out of her tiny glasses, I always wondered that... Are they magic? Like, she just has them on and she can see? Her pupils are obviously a lot larger than th-- why am I questioning my own design, what's wrong with me?)

I should have drawn more stripes on Ben. But, NOPE, I wanted to archive the picture, so no changy changy.
(Archive, as in, color and not change the lineart a bit.)

I wonder if these two if questioned how they met two different Sonjas... (one that's a transformed human (Popplio) and one that's a Litten)