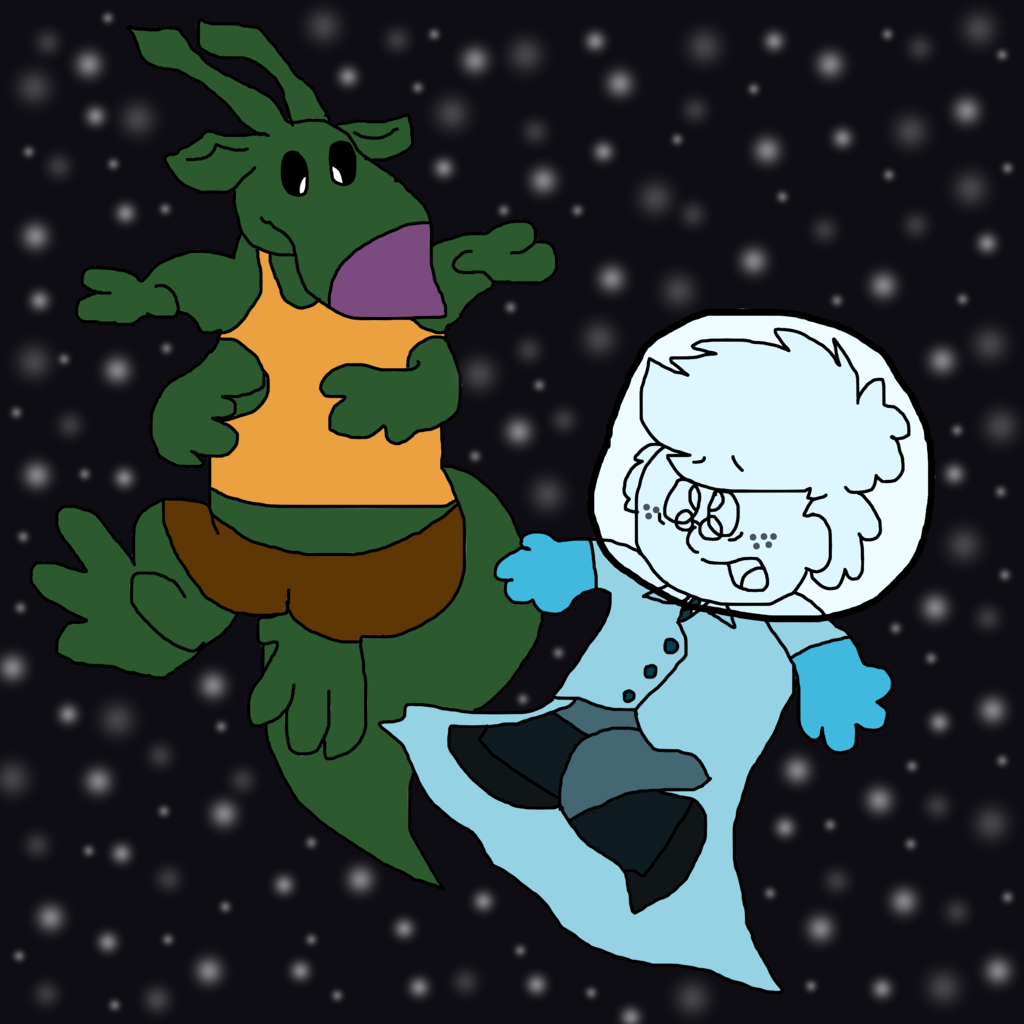 (This version is ripped from Sta.sh because the original file is stuck on either T.S. or Zaccheus and both of them are out of commission.)

I liked this picture when I first made it (mostly for Pleep, who I still think looks adorable here and for the hand-dotted background with all the nice twinkly stars!) and now I don't like it anymore with the "remake". XD

Speaking of Pleep, my friend said that his nose looks like some Neopet I never heard of?
This one?: http://neopets.wikia.com/wiki/Blumaroo
I didn't even know that thing existed. XD
I just drew a funny-looking nose on accident and kept it. XD
I said, "This looks alien enough, it's good, send it, print it!"
He's based on a dog and kangaroo, if I remember correctly.
To add more insult to injury, his antennae remind me of an Aisha. XD
Which... I noticed a LOT of the Neopet furries love...
I'm partial to Gelerts, myself.
I have the Spotted and Starred plushies!
...and...
...th-the baby one...
cough
...and some Happy Meal toys...
...
Sorry, this turned into Neopet talk. Back to the picture.

Okay, this is from the "original" series.
As in, before I rebooted it.
Because I Flanderized my own series and I realized it and at least I ACTUALLY NOTICED
stares at SpongeBob SquarePants

Anyway.
This is from the Walk In Space AU.
I friggin' love that AU.
It sucks it lasts for one flipping episode... ><
Okay, well, two now, but it's a split up version of the original with a few extra scenes.
It's a bit better now.
Those, the original was one of the few things I loved from the old series.
Sigh...

Okay, okay, okay, it's more like two plot lines, but... Pleep doesn't appear in the second one, so it sucks.
Okay, not really, but still.

Pleep
IS
THE
BEST
THING
EVER
HALLELUJAH
HOLY SHIT
...I need some aspirin...

He is one of the few non-talking characters that I actually enjoy writing for. Shadow, Socrates, Archimedes & the other birds, etc. to name a few others.

Number one, he's the reason why Di lasts more than a few milliseconds in outer space.
She was going to suffocate. SUFFOCATE. EFFING. SUFFOCATE. ...if he didn't do anything.
So, he saw her choking and seconds from dying and popped that air bubble thing on her head, effectively saving her life. thumbs up

Number two, he is a precious little cinnamon bun and I refuse for you to think otherwise.

Before you ask, I didn't give his "species" a name. I just created him on a whim one day.
He's a Kangadoo for all I know.
Like I said, he's some kind of Kangaroo-Dog-Aisha-Stitch-Alien-Thingamabob.
Actually, I like that name, let's go with that.

After saving her from dying a horrible, alone death in the sanctity of space (dammit (err, uh, I mean)), he shows himself to her and gives her a thumbs up (I'm not sure if he can even talk or make any noises, as he never does the whole episode) and she replies with one back. Then shit gets crazy from there

Di's leg looks so awkward lmao
I dunno what 17-year-old me was doing. XD
At least 19-and-an-half-year-old me knows what to do with the series. ^-^
...eh...
The whole picture looks off.
Oh well.
That's what the updated version is for.
And, in the future, I'll hate that one as well. XD