Merry Christmas From Dietrich~ by FluffRig 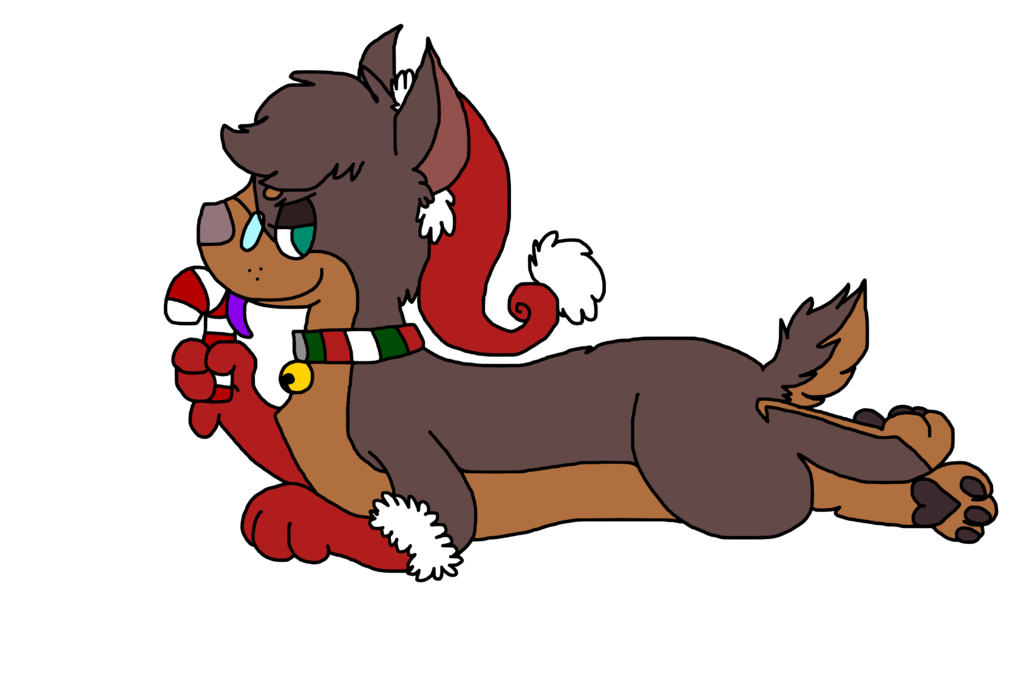 Due to depression issues and the fact I was at my aunt's house (the one I hate, too -_-) this pic is being posted ULTRA LATE. But, since I saw other Christmas related pictures being posted late as well, I feel less insecure about this. XD

I know I've been silent forever, so it's good to show everyone I'm still around! And, let's do it with my bae <3

Dietrich's enjoying a nice, tasty, thick candy cane I gave him!
He's also wearing a nice little outfit I made for him...

This marks the first time I made non-flat pawpads for any of my characters.
They look all fat and plump, and I just wanna squish them!
Dietrich's muzzle is a bit short in this, but I guess that's just the way I'm going to be drawing them lately. XD
His right paw looks like it's twisted the wrong way, but my only other options were to make it similar to the left one and it's not possible at that angle or to exclude it altogether.
...
So, yeah...