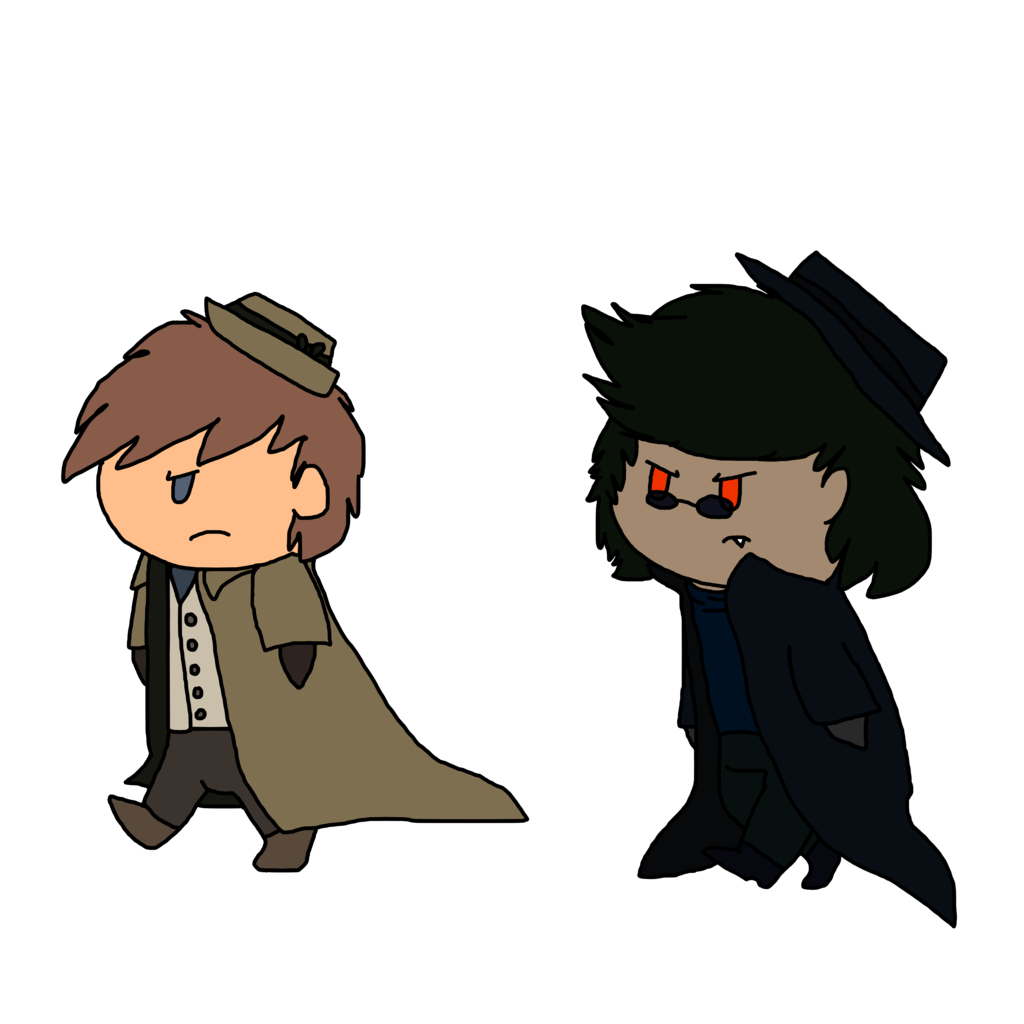 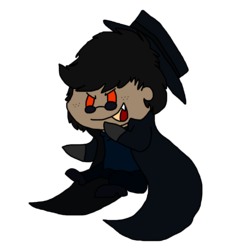 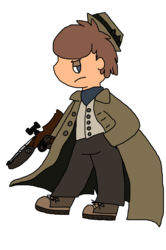 (This is a Dated picture. It's similar to Vintages, but the difference is they're "current" drawings (as in the Mooneye era stuff) and they're usually from the last few yesteryears!)

You don't even understand how much I love these two in this series.
Wait, whoops, you guys don't know about "this series"!
This is the AU-turned-Spinoff-Series, Bloodlove.
It follows Di (as a Dhampir) and Ben (as a... well, Human) in a relationship.
As you can tell, it's kinda an Odd Couple situation.
But, it goes further from there...
The spoiler is...
...you ready for this?
...YOU READY?
Okay, considering this is a pre-written description and there is NO way for you to be able to answer me, I'm going to assume... "yes".
...Ben is bounty hunter.

...sorry, that word is insensitive.
I mean "Supernatural Americans".
...
I hope Tumblr won't lynch me for that.

So, as you can tell, that makes their relationship even MORE complicated, as they're "natural" enemies.
Despite that fact and their differences, they still love one another. ^-^
This pic is kinda... from the second season.
When she finally joins him in his adventures in murder! "handling" the creepy, crawly evil creatures of the night!
...well, Di likes going after Shadow Demons the most.
That's 'cause they're fun to kill! :3

About the pic itself, it's really freaking adorable and in my honest opinion, it still holds up after all this time! However, the Di in this pic was out-cuted by THIS Di: https://www.weasyl.com/submission/1163159/the-cutest-dhampir